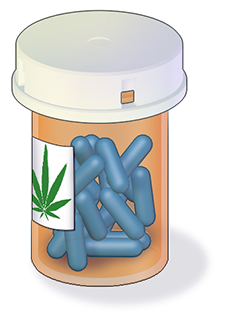 The nation’s most restrictive medical marijuana law just got slightly less restrictive. MPR reports: “The Minnesota Health Department says it will expand the legal use of medical marijuana to cover people with intractable pain. … The department’s top leaders announced their decision Wednesday after several meetings around the state to gather public input. ‘The relative scarcity of firm evidence made this a difficult decision,’ Minnesota Health Commissioner Dr. Ed Ehlinger said in a statement.”

Discord at Concordia. The Pioneer Press’ Josh Verges reports: “ A student at Concordia University in St. Paul is demanding protections for gays and lesbians after she said her relationship with another woman cost her a leadership role with a prominent student-led worship group. … Nikki Hagan, 19, of Woodbury said the student president of Concordia’s 908 student ministry asked her to resign her informal post as the group’s message coordinator soon after she posted on Facebook in November that she is bisexual and dating a woman. … ‘He asked me if I knew what the stance of the (Lutheran Church-Missouri Synod) church is against homosexuality,’ Hagan, a second-year student, said Friday.”

Some business owners are taking downtown security into their own hands. KARE’s Jay Olstad reports: “A group of business owners are joining forces after they’ve seen a rise in crime in the city. … Prominent real estate investor and business owner Ken Sherman is leading an effort called Citizens for a Safer City. … This past summer, he said he and other businesses set up surveillance cameras and hired a photographer to seek out bad behavior they witness near 5th and Hennepin. … Sherman played portions of the video in a presentation for a group of people who work and live downtown. It included security camera video that shows a nearby shooting in September where six people were hit but survived. Another surveillance video shows an assault where someone was punched and kicked near Augie’s Cabaret. … ‘I don’t think the mayor or the city council understands what’s going on down here,’ he said.”

In a column for the Southwest Journal, MinnPost contributor Jim Walsh reminds us that for Minnesota, white supremacy is, sadly, nothing new: “The four people who opened fire on Black Lives Matter protesters on Nov. 23 have been called “white supremacists,” but in charging them Monday, Hennepin County Attorney Mike Freeman had a better descriptor: ‘sick people.’ … That’s understating it. I know the animal fairly well, having spent time among the mooks and written about the rise of Nazi youth and the Ku Klux Klan for City Pages in 1991. I’ve kept an ear out for their pathetic proceedings ever since, and from the sounds of things, the rodents are still out there, albeit underground, with the attack on the peaceful BLM protesters their most visible action in many years.”

If you keep kicking the can down the road on transportation funding, eventually that can’s going to disappear down a giant pothole. In the St. Cloud Times, Kirsti Marohn writes: “The gap between the funding needed to repair Minnesota’s roads and bridges and the available revenue is getting wider, the head of the Minnesota Department of Transportation told a group of local officials on Tuesday. … It’s not the first time MnDOT Commissioner Charlie Zelle has made the pitch in St. Cloud for a comprehensive and sustainable funding source to address growing transportation needs. … But since Zelle’s last visit, the numbers have gotten more grim.”

A freighter loaded with grain has been detained outside Duluth for a month, and authorities aren’t saying why. [Duluth News Tribune]

Mary Tyler Moore is getting a new home… a new Visitor Center on Nicollet at 5th. [Secrets of the City]