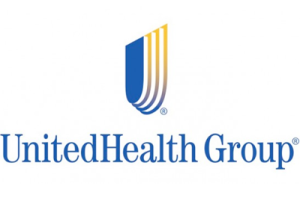 Big oopsie. WCCO on Obamacare: “UnitedHealth CEO Stephen Hemsley says the nation’s biggest health insurer made a bad decision when it dove deeper into the Affordable Care Act’s public insurance exchanges this year.… Hemsley says the insurer should have waited and learned more about the still-new business before jumping into two dozen state-based exchanges for 2015. That move ultimately generated losses steep enough to force the company to chop its earnings forecast. UnitedHealth Group Inc. sold coverage on just four exchanges in 2014.”

MPR’s Bob Collins analyzes Rep. Keith Ellison’s decision yesterday to join Mayor Betsy Hodges in calling for an end to the protest outside Minneapolis’ Fourth Precinct: “The hours-long exchange suggested Ellison will be hard pressed to maintain relevance within the continuing protest. … But politics is about controlling the narrative and public opinion. Yesterday’s news conference was aimed as much at those who aren’t protesting as those who are. … Black Lives Matters will hold a ‘release the tapes’ rally at Minneapolis’ government center today. It’s unlikely Ellison will be asked to speak.”

Meanwhile, state Sen. Scott Dibble took to the pages of the Southwest Journal with a call for police reform in the wake of the shooting of Jamar Clark: “The best way I know how to respond to issues and problems is with policy solutions that come out of a movement for change, and can in turn help drive transformation. I have been researching police reforms for quite some time now, more intensively over the past year. It is past time to get this work rolling. I invite all good ideas. Just as important, I invite all who care about this to come together to launch a larger legislative campaign to get the best of them passed, signed, enacted into law and implemented.”

Now, more ways to preview your misery. The Forum News Service reports: “As drivers in many parts of Minnesota cope with newly fallen snow, the Minnesota Department of Transportation has made it easier for them to gauge road conditions across the state. … This winter MnDOT has added 92 live, rotating cameras to its 511 traveler information website. In addition to providing a real-time view of road conditions at those locations, the website also displays weather information for each location.”

Minnesota rap label Rhymesayers is 20 years old. Forbes’ Shawn Setaro put together an oral history: “The Minneapolis-based hip-hop label Rhymesayers Entertainment has spent the past two decades releasing some of the best and most important underground rap of the era. It was formed in 1995 out of the ashes of the Headshots crew, a collective of some of the Twin Cities’ hottest underground talent. Producer Anthony (Ant) Davis, rappers Musab “Sab the Artist” Sadd and Sean “Slug” Daley, and all-around hustler Brent “Siddiq” Sayers founded a label to release music by themselves and their friends. But twenty years on, they’ve built a legacy that includes Billboard-charting releases; classic records by an incredible variety of acts; a beloved record store; and, most importantly, a city whose whole hip-hop scene was changed in its wake. … I got on the phone with Daley and Sayers (as well as one or two other players from the early days) to get the inside scoop on how a couple kids from the Midwest turned the underground upside down.”

A BB gun was found at Anwatin Middle School in Minneapolis; one person is in custody. [KSTP]

Unauthorized access to driver records by “a Minnesota State Patrol trooper and his friends within the law enforcement community” are going to cost St. Louis County $112,500. [Duluth News Tribune]