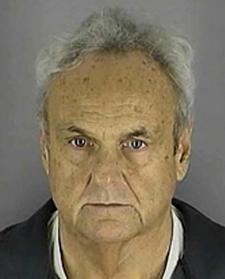 Gee, well, at least somebody’s getting their sentence reduced. The Star Tribune’s Dee DePass writes: “Imprisoned former Minnesota auto mogul Denny Hecker recently learned he will spend one less year in prison than expected. … Hecker, incarcerated since October 2010 for defrauding auto lenders and the U.S. Bankruptcy Court, is now expected to be released July 4, 2018, instead of the previously scheduled July 4, 2019, the Federal Bureau of Prisons confirmed Wednesday. … Officials would not disclose the reason.”

Sometimes it helps to low-ball your bid a little. The Pioneer Press’ Dave Orrick writes: “The DNR ‘requires’ $132 million a year over the next 10 years to address the problem [of infrastructure maintenance], which includes a $342 million backlog, according to the agency’s 10-year plan, which it adopted last year and updated in February. … Yet the agency is asking lawmakers for only $33 million in taxpayer loans to cut into the problem, according to a plan outlined Wednesday.”

Even hipsters may find this “ local guide to hipster beer styles” useful. For City Pages, Jerard Fagerberg writes: “The binary of ‘beer or light beer’ has long since been made obsolete. The American craft beer boom has inserted dozens of styles into the popular consciousness, and more and more styles are being inserted without much of an explanation. … Some of these have taken off among beer fans, becoming favorites at local breweries. But for the general population, a craft beer menu can sometimes read like a foreign language. If you’re not a neck-bearded hophead, you might’ve seen these names around, but that doesn’t mean you know anything about the styles.”

Wouldn’t get too hopeful here; in our experience ’Sconnies always disappoint. The New York Times’ Trip Gabriel reports: “The danger signs are mounting for Donald J. Trump in Wisconsin: Right-wing radio hosts are flaying him, Gov. Scott Walker and other elected Republicans have endorsed Senator Ted Cruz, and a new poll showed Mr. Cruz with a 10 percentage-point lead in the state before Tuesday’s primary.”

More on Hennepin County Attorney Mike Freeman’s decision not to charge the officers involved in the killing of Jamar Clark. [Star Tribune]