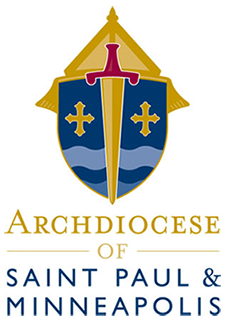 Wonder if this will get donated right back. The Star Tribune’s Jean Hopfensperger reports: “A banker with strong ties to the Catholic Church is the new owner of the headquarters of the Archdiocese of St. Paul and Minneapolis, a bankruptcy court judge ruled Thursday. … The $3.2 million bid was submitted by a limited liability firm managed by Donald Regan, chairman of Premier Bank. Regan is a longtime benefactor of Catholic causes in the Twin Cities, including the Catholic Community Foundation.”

Nothing to worry about, we’re sure. MPR’s Bob Collins writes: “Almost a year ago, the FBI admitted it was behind a ‘mystery plane’ circling over several locations in the Twin Cities for a few days, ending a social media firestorm in which people demanded to know who owned the plane and what it was doing. … Curiously, once the FBI said ‘it’s us,’ the questioning pretty much ended. Apparently, we don’t mind the government spying on us as much as we dislike someone we don’t know spying on us. … Now, BuzzFeed has put together a clearer picture of how extensive this spying operation is. It’s extensive in the Minneapolis area…”

Won’t someone think of the college athletics programs? In the Star Tribune, Sid Hartman writes: “If there weren’t enough negative issues to discourage candidates from applying, now the University of Minnesota’s Board of Regents have approved a tuition raise between seven and 12 percent for out-of-state students and those not eligible for tuition reciprocity. The increase could run as high as $12,000 per year. … It could be that President Eric Kaler and the board had no choice because the university needs additional funding, but the timing is going to hurt the AD selection process. You wonder if the decision could have waited until they made that hire.”

Takes valuable time away from prepping for tests. MPR’s Solvejg Westvedt reports: “Minnesota and most other states are taking a lackluster approach to physical education in schools, according to a new report. … The study finds that only Oregon and the District of Columbia meet national guidelines from the American Heart Association and the Society of Health and Physical Educators for time spent in physical education at the elementary and middle school levels.”

FYI: “Intersection of Hennepin and Fifth Street in Minneapolis to Close this Weekend” [KSTP]

Looks like someone’s spending a lot of time in New York:

I showed Hillary how to use the subway in New York City today. pic.twitter.com/8ZJPvMYBDe