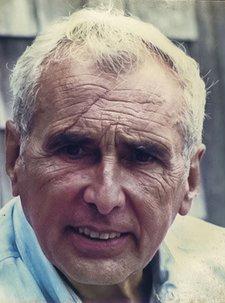 For the Star Tribune, Randy Furst writes, “Former Minneapolis Police Chief Tony Bouza believes the two police officers exonerated by Hennepin County Attorney Mike Freeman last week acted in good faith in the shooting death of Jamar Clark last November. Bouza calls it a ‘tragic mistake.’ But he also thinks the two officers should have been charged with manslaughter. Told of Bouza’s position, Freeman said: ‘It is obvious that Tony has not reviewed all of the evidence, as I have, but beyond that, I have no comment.’”

Frederick Melo of the Pioneer Press also talked to Bouza: “[Q:] In the Jamar Clark case, Mike Freeman made the decision himself on whether to criminally charge the officers, rather than leave it to a grand jury. Was that the right call?
Bouza: I don’t think so. The grand jury has a very mixed history. A famous judge in New York said you can indict a ham sandwich. … He wound up in prison himself. Grand juries frequently become the tools of prosecutors, the handmaidens of tough district attorneys. But the reality is they have a long history, and they’re wonderfully democratic. Technically, I think it was brave but foolish. It took guts to do it, but it’s not worth doing, and I wouldn’t have done it.”

A WCCO-TV story says, “Authorities in Minneapolis say they’re looking for two suspects following a road rage incident Tuesday evening on the city’s south side that left a woman with four gunshot wounds. The victim reported to authorities that she was shot around 5 p.m. in the middle of rush hour while driving south on Hennepin Avenue near the construction project by the Basilica of St. Mary. She said that after a Jeep Cherokee cut her off, she honked at the driver. The driver then pulled up next to her and a passenger in the Cherokee opened fire, hitting her several times.”

In the PiPress, Christopher Magan reports, “There’s a growing insistence at the Capitol that lawmakers should move more quickly to address Minnesota’s racial disparities. … Minnesota’s racial disparities were thrust to the attention of the Legislature last year when data released by the U.S. Census showed black Minnesotans’ household income declined 14 percent between 2013 and 2014.”

At MPR, Laura Yuen writes, “Sen. Jeff Hayden, DFL-Minneapolis, said he’s concerned that Republican leaders in the House have been stalling on hearing various bills aimed at improving the lives of African-Americans. But Republicans point to their own solution — aimed at solving the educational achievement gap. They’ve proposed providing tax credits to low-income families so they can help pay for educational expenses, including private school tuition or tutoring and academic programs not provided by local public schools.”

KMSP-TV’s Tim Blotz says, “Nurses and workers at the Minnesota Security Hospital in St. Peter and at the Anoka Regional Treatment Center are pleading with state lawmakers to increase the funding to hire more nurses and improve safety.’We’re walking around wounded and we feel like punching bags,’ said Jackie Spanjers, a nurse at Anoka Treatment Center.”

For the Forum News Service, John Myers reports, “A 59-year-old Cook, Minn., man was sentenced Wednesday to five years in prison for the hunting-related shooting death in September of a 14-year-old boy in western Colorado. Guy Pohto was sentenced by Mesa County District Judge Valerie Robison for the shooting that occurred when Pohto and Justin Burns were hunting deer and elk in the Grand Mesa region of western Colorado. … In January, Pohto entered a guilty plea in a Grand Junction, Colo., courtroom to felony manslaughter, acknowledging he ‘recklessly’ caused the boy’s death.”

Maura Lerner and Mary Lynn Smith of the Strib have a story saying, “Madeline Wilson has been raising eyebrows at St. Olaf College with her T-shirt: ‘Ask me how my college is protecting my rapist.’ Wilson, a 22-year-old nursing student, says she was raped by another student in a dorm last May. She blames the school for clearing him in a campus investigation that she believes was deeply flawed; and now she’s going public with her frustration. ‘I didn’t want anyone else to go through the same thing,’ Wilson said this week. She created a website to publicize her story.”

Also in the Strib, Rochelle Olson says, “Two Minnesota brewing companies cracked the top 50 in sales of craft brews, according to a report from a national brewers association. New Ulm-based August Schell Brewing Co. came in at 27. St. Paul-based Summit Brewing Co. was No. 29.”

From St. Paul, Nick Ferraro of the PiPress reports, “The southbound lanes of [West St. Paul’s] main thoroughfare were shut down Sunday from Thompson Avenue to Mendota Road, with traffic detoured to Oakdale and Livingston avenues. Work along the 1.2-mile stretch of road is expected to last until July. When the southbound lanes are complete, work will begin on the northbound lanes.”

Brian Bakst at MPR reports, “Divided over proposed regulations for actual firearms, Minnesota lawmakers have rallied around a bill to outlaw smartphone cases made to look like pistols or revolvers. Legislation making it a crime to buy,  possess, manufacture or sell the gun-replica phone cases cleared its final committee Wednesday and now awaits action on the House and Senate floors. The phone cases drew bipartisan condemnation — and no testimony in opposition  — during a House Commerce and Regulatory Reform Committee hearing. ‘This is about the dumbest thing I’ve ever seen,’ DFL Rep. Joe Atkins, DFL-Inver Grove Heights said of the phone cases. ‘If it wasn’t solely dumb it wouldn’t be so scary. But it’s also dangerous.’”

Also at MPR, Martin Moylan says, “A private firm has bid nearly $3.3 million to buy the chancery of the bankrupt Archdiocese of St. Paul and Minneapolis, offering about $500,000 more than a previous offer from United Properties. Archdiocese attorneys plan to ask a federal judge on Thursday to approve the new offer. The firm that made the higher bid is managed by Donald B. Regan, the founder and chairman of Maplewood-based Premier Banks.”