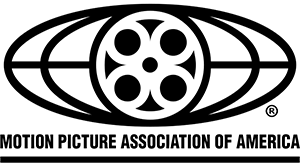 This might be a tough sell. At Ars Technica, David Kravets says, “Hollywood’s lobbying arm, the Motion Picture Association of America, is opposing a proposed Minnesota revenge porn law on grounds that it could overly restrict speech. This is the same MPAA that fiercely supported the Stop Online Piracy Act of 2012. Known as SOPA, many claimed that legislation would also curtail free speech because SOPA could lead to the removal of domains that host infringing material. …  The MPAA’s bone of contention on Minnesota’s bill is that the person who releases the explicit photos or videos doesn’t have to mentally want to harm or humiliate the person in the images. The MPAA told Minnesota lawmakers that ‘we urge the inclusion of an ‘intent to harass’ requirement in the definition of the crime. Six other states have included ‘intent to harass’ in their statutes dealing with this issue.’”

Two scorpions in the bottle next door. NPR’s Jessica Taylor reports, “Scott Walker never got the chance to officially face off with Donald Trump at the ballot box — but if the GOP front-runner loses on the Wisconsin governor’s home turf, it still could be a victory of sorts for the former presidential candidate. In fact, should Trump lose, it could be in part because of one very big miscalculation: Walker remains very popular among Wisconsin Republicans, but the real estate mogul continues to attack him.”

And then there’s this from Mary Spicuzza of the Milwaukee Journal-Sentinel, “On Sunday, Trump said Cruz is not a good fit for Wisconsin. And he again criticized the Republican establishment and Wisconsin Gov. Scott Walker, whom he blamed for the state’s lagging job creation numbers. Trump also slammed conservative talk show host Charlie Sykes … ‘Charlie Sykes is a lowlife. Charlie Sykes is a guy who is not a real believer, he wants the establishment to win because it’s good for his third-rate show,’ Trump said. ‘He’s not a smart man, he’s actually a dumb man. He’s a dummy.’” And so’s his mother!

His friends on the Wall Street Journal editorial page are quick to defend Mr. Walker. “The reality is that—like Ohio, Michigan and Indiana — Wisconsin has been doing well in the wake of conservative reforms. These include Act 10, which reduced the monopoly power of public unions, tax reduction and regulatory reforms, school-choice expansion and more recently a right-to-work law that lets workers choose whether to join a union and pay dues. Mr. Trump was able to defeat Mr. Walker in the presidential race, but he won’t succeed in persuading voters not to believe what they’ve witnessed with their own eyes.” The issue of course might be the density of the tint on the lenses over those eyes.

Also in the Journal-Sentinel, Spicuzza, Jason Stein and Lee Bergquist write, “Meanwhile [Bernie] Sanders brought his wife Jane, the actress Rosario Dawson and several musical acts with him to rally at the Kohl Center in Madison. ‘Our job is to think about the box, to think outside the status quo, to ask the hard questions, like why not?’ Sanders told the crowd of several thousand. … Sanders spent Sunday evening in Madison, striving to get out the vote in the city where his Wisconsin campaign began with a July 2015 visit.”

Speaking of quality jobs … . Says the AP, “Staff at the National Labor Relations Board says Wisconsin-based home improvement chain Menard Inc. is violating federal labor law in how the company treats its employees. The agency’s regional office concluded that Menards has been improperly requiring employees to sign mandatory-arbitration agreements. NLRB staff also found that the Eau Claire-based retailer has withheld merit pay raises for workers engaged in protected activities.” Just wondering here if the old man signed off on all that?

Anyone in Edina can tell you all about this. In the PiPress, Frederick Melo says, “In St. Paul’s Macalester-Groveland and Highland Park neighborhoods, residents concerned about housing teardowns have rallied to save older properties from being replaced with larger, more modern ones, with mixed results. Some officials believe fewer supersized ‘McMansions’ are springing up in the area since new designs standards around building heights, yard setbacks and side wall detailing were adopted last September. Nevertheless, a series of applicants who have asked the city’s Board of Zoning Appeals for variances have gotten them, drawing concern that the rules are being flouted.” What part of “improving the tax base” don’t you understand?

Lutefisk? Grape salad.? A lot of hot dishes? Not so much. But lefse I’ve always liked. Kate Kompas of the St. Cloud Times says, “[Amy Marquard] has created a series of devices intended to cut time and stress out of lefse-making. She also uses and shares a lefse recipe that takes only a little more than an hour to prep and cook (cooling time not included). … A critical step in making lefse is cooling it, because it comes off the griddle piping hot and crisp, and ideal lefse should be tender. Marquard found storing the lefse in between bath towels to be irritating. The towels would sometimes cling together, making it difficult to deposit the lefse. She took a terry cloth and a dish towel and sewed them together for the first-generation Cuddler; she added a thumb loop on it for easy and quick open and close.” See, you cuddle the lefse.

Now deceased … an “old time criminal.” Says Paul Walsh for the Strib, “A federal fugitive on the run from Minnesota was shot and killed Sunday morning by a sheriff’s deputy in western Wisconsin after the suspect threatened the officer with a stun gun and kept coming at him, authorities said. … [Eau Claire County Sheriff Ron Cramer] described the man as an ‘old-time criminal’ whose criminal history includes bank robbery.”

Also on the crime blotter. Says Walsh again, “Several teenagers assaulted a Metro Transit bus driver in a noontime attack at the Southdale stop in Edina, leaving their victim with potentially ‘life-altering’ head injuries, authorities said. …  John Zapata, an officer with Local 1005 of the Amalgamated Transit Union, described the suspects as ‘thugs and hooligans. [The driver] did nothing wrong to provoke this physical attack’.”

Here’s one more from Walsh. This time, no crime, other than the current configuration and condition of the Lyndale-Hennepin merge in front of the Walker. “A repaving project for one of Minneapolis’ busiest traffic corridors is poised to begin on the western edge of downtown and is scheduled to last through the rest of the year. The disruption involves Hennepin and Lyndale Avenues, including where they come together and continue past Loring Park and the Sculpture Garden.”