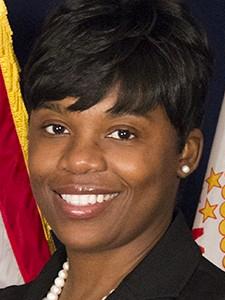 A change of plans. The Star Tribune’s Stephen Montemayor reports: “Adnan Farah, one of five defendants facing charges of plotting to go to Syria and fight for ISIL, pleaded guilty Thursday morning in Minneapolis hours after being extended a late plea deal. … Assistant U.S. Attorney Andrew Winter said the government re-extended an offer to Farah to plead guilty to conspiracy to provide material support to the Islamic State of Iraq and the Levant (ISIL) after finding evidence of ‘impermissible interference’ by a member of a co-defendant’s defense team that prevented Farah from having a ‘full and fair opportunity’ to review the case against him.”

Very sad news from St. Paul. KSTP’s Dave Aeikens and Tyler Berg report: “A longtime butcher died in a fire at a St. Paul market Thursday morning. … The fire was reported at 1:30 a.m. at Stasny’s Food Market at 1053 Western Ave. N. … The owner of the market, Jim Stasny, has identified the victim as 77-year-old Stu Gerr, who worked part-time as a butcher at the store. Geer lived in Deer River. … Geer had been a butcher for 63 years and once worked at Capitol City Meat Market on Rice Street in St. Paul.”

Someone otter do something about this. KSTP reports: “Four orphaned river otters were brought to the Wildlife Rehabilitation Center of Minnesota after they were found in a drain tile pipe. … The center posted to its Facebook page that those who found the otters tried to reunite them with their mother but that she never returned.” There’s a video.

My statement on Daesh’s threat. pic.twitter.com/yqlDowchu6

Jared Allen to retire as a Viking. [Minnesota Vikings]