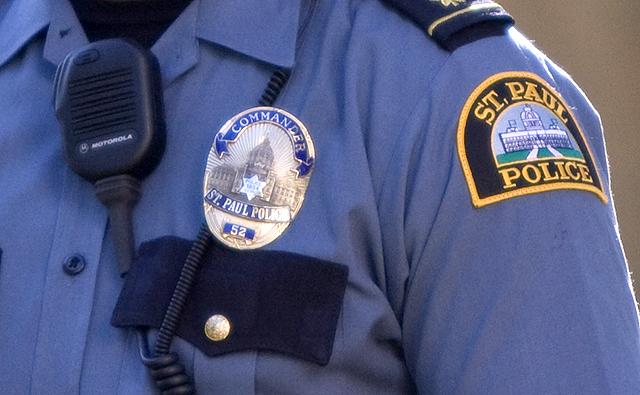 Monday started with a violent confrontation in St. Paul. The Pioneer Press’ Mara H. Gottfried reports: “St. Paul police said they fatally shot a male in the North End early Monday, and emergency radio traffic indicated it was after officers were fired upon. … An officer could be heard yelling ‘Drop the gun!’ on the radio traffic posted by MN Police Clips. … A female who was with the male was injured and taken to Regions Hospital, said Sgt. Mike Ernster, a St. Paul police spokesman. Authorities have not provided information about how she was injured.”

If anybody could get the legislature to do something quickly, it would be Prince. MPR’s Brian Bakst writes: “Minnesota lawmakers are rushing to enact a law that would restrict the use of Prince’s name and likeness in commercial ventures, affording more control to heirs of the late musician’s estate. … They’re dubbing it the PRINCE Act, short for the Personal Rights in Names Can Endure law. … A bill is set for introduction Monday in the House and Senate, with its first committee hearing on Tuesday’s docket. The Legislature has two weeks remaining in its session, meaning the bill will have to get special clearance to proceed quickly.”

Dangerous conditions in northern Minnesota over the weekend. The Duluth News Tribune’s Andrew Krueger reports: “On the ground and in the air, firefighting crews in the Northland had another busy day Saturday amid continued dry, windy conditions. … Crews made progress in controlling a wildfire just east of Hoyt Lakes that had prompted some evacuations Friday. It was estimated at 500 acres in size late Saturday, with containment estimated at 12 percent. There was minimal fire growth Saturday, authorities said.”

Your right to storm out of the boss’ office is safe. MPR’s Bob Collins reports: “The Minnesota Court of Appeals has reversed an unemployment law judge’s determination that if a person takes time off from work to address her family’s homelessness, she hasn’t quit her job. … Nita Posey, who worked for Securitas Security Services doing data entry for U.S. Bank, was denied unemployment benefits because Securitas said she quit her job and the law judge said there were no exceptions. … ‘An employee cannot quit under Minn. Stat. § 268.095, subd. 2(a), unless the employee makes the decision to end the employment. An employee cannot “unintentionally” quit employment,’ Judge Randall wrote in today’s decision.”

How sweet it is: “Caribou Coffee owner buys Krispy Kreme in $1.35B deal” [Star Tribune]

More Erdrich in the Times: “Louise Erdrich on Her New Novel, ‘LaRose,’ and the Psychic Territory of Native Americans” [New York Times]