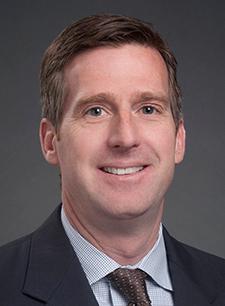 And then there was one. The Pioneer Press’ Marcus R. Fuller reports: “University of Minnesota President Eric Kaler announced Syracuse athletics director Mark Coyle as the finalist for the Gophers’ AD job. … Coyle, 47, took over the Syracuse position last June. He was also Boise State’s AD from 2011-2015 and a deputy AD at Kentucky before that. … The first administrative experience in college for Coyle came at Minnesota in 2001. He worked under then-Gophers AD Joel Maturi.

Big lawsuit deadline approaching. MPR’s Todd Melby explains: “Eight former child actors and technicians say [Children’s Theatre Company] employees sexually abused them as teenagers several decades ago. They’ve filed suit under the Minnesota Child Victims Act, arguing that the theater should have monitored employee behavior and prevented the alleged acts. … Jeff Anderson, the lawyer representing the plaintiffs, says his firm plans to file at least six more lawsuits against CTC before the act expires May 25. … “I think there’s no question that Children’s Theatre culture was created and allowed to be tolerated by multiple people for multiple years, where scores of kids were abused in the ’70s and ’80s,” Anderson said.”

Well, local to somewhere anyway. WCCO reports: “ The Minnesota Vikings and Medtronic unveiled something new to the landscape outside of U.S. Bank Stadium. … The two local businesses unveiled ‘The Horn’ Wednesday, a contemporary art sculpture that will be on Medtronic Plaza. … ‘The Horn’ features two ribbons, the inside of which are mirrors. Together, the ribbons create a spiral shape similar to a Gjallarhorn.”

We run into this problem all the time at MinnPost. The AP reports (via KSTP): “A University of Minnesota audit shows Gophers men’s basketball coach Richard Pitino spent more than double his allowance for private jet travel since his hiring. … An audit to be considered by university system regents Thursday shows Pitino spent $325,000 on jet travel for recruiting and other university business in three years ending in February. His contract budgeted $150,000 for that period.”

Just another day in Anoka: “Not in my yard: Botched bounce house delivery leads to drunken gun threats and charges” [Star Tribune]

U down to one finalist for athletic director job