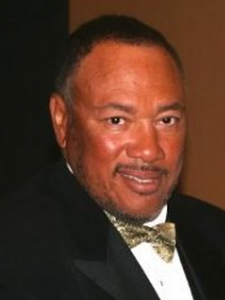 Must’ve been a pretty good case. The Star Tribune’s Alejandra Matos reports: “Former nonprofit CEO Bill Davis pleaded guilty Thursday morning to 16 counts of theft and fraud for misspending hundreds of thousands of dollars intended to help low-income people. … Davis, the former head of Community Action of Minneapolis, had been set to face trial next week on 16 federal theft and fraud charges for spending thousands of dollars in taxpayer money on lavish trips, personal charges, cars and other questionable spending.”

Interesting story from MPR’s Riham Feshir. She writes: “Qais Munhazim has known he was gay since he was 5. But for the Afghan born and raised Muslim, it just wasn’t something you talked about. … ‘Growing up in the middle of war, I think more than anything survival is most important for us,’ he said. ‘Sexuality or sexual identity was nothing that we would actually think about.’ ”

Arne is with her. City Pages’ Mike Mullen spoke with former Minnesota Republican Gov. Arne Carlson about the presidential race: “I really believe over the past 40 years the Republican Party has started to get more and more ugly. They kind of kept their feelings under wraps. But it was abundantly clear they were not supportive of human rights, of immigration, and they were openly hostile to gay rights. Then they got into one of the ugliest things you can do in a democratic society, and that’s restricting the rights of people to vote. To me, that’s very close to treason. … Donald Trump, in fairness to him, didn’t invent anything new. He’s just repeating everything he had heard. This all existed long before he came along. … I haven’t been impressed with him since day one. It starts with the hairdo, and gets worse as you go down.”

Glencore’s serious about this PolyMet thing. The Duluth News Tribune’s John Myers reports: “PolyMet Mining Corp. on Wednesday said it will get another $14 million in cash from its largest investor, Switzerland-based Glencore, to help the junior mining company advancing toward opening Minnesota’s first copper mine. … PolyMet announced the new loan in its quarterly financial report that shows the company continuing to spend money as it seeks state and federal permits to start the mine and processing center north of Hoyt Lakes.”