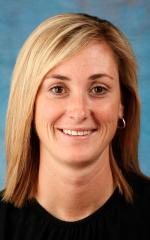 Okay, so now what? For APM Reports, Tom Scheck reports: “Some of Minnesota’s most vulnerable and disruptive children still have nowhere to go after a juvenile correctional facility in northern Minnesota said it would close by the end of June. … In May, the state Department of Human Services and Hennepin and Ramsey counties pulled their kids from Mesabi Academy after concerns over treatment at the facility came out in news reports. But the decision has left case workers scrambling to find new options for the boys, which is leaving some of the toughest kids in limbo.”

On second thought… The Pioneer Press’ Josh Verges writes: “The University of Minnesota is scaling back plans for a big tuition rate increase for incoming nonresident students. … The Board of Regents on Friday will vote on a budget that raises tuition 7.5 percent for those students, down from a 9.9 percent increase discussed last month. … Out-of-staters already attending the university would see 5.5 percent increases.” For more on the tuition proposal, check out Greta Kaul’s recent story for MinnPost.

A casino deal at long last? The Duluth News Tribune’s Peter Passi reports: “After years of legal battles, the city of Duluth and the Fond du Lac Band of Lake Superior Chippewa may finally be poised to call a truce. … On Wednesday morning, Mayor Emily Larson and Interim Band Chairman Wally Dupuis announced the makings of a settlement agreement that would provide the city with $150,000 per year as a payment in lieu of taxes for the Fond-du-Luth Casino, which is located on downtown property that has been designated sovereign land not subject to taxation.”

News you can use: “Guide to making friends in Minnesota” [KARE]