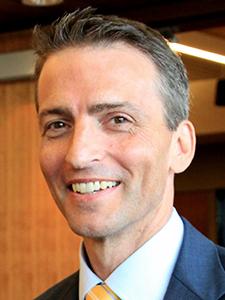 It’s happening. MPR’s Solvejg Wastvedt reports: “The Minneapolis School Board approved a contract with new superintendent Ed Graff Tuesday. Graff is currently the superintendent of the Anchorage School District. … Graff will earn $225,000 a year in Minneapolis under the three-year contract. That’s about 18 percent higher than former Superintendent Bernadeia Johnson’s salary, although Johnson was eligible for a yearly performance-based bonus.”

Chances of Congress doing the right thing? In a commentary for the Marshall Project, Jeremy Haile and Michael Collins argue that Prince’s death shouldn’t be used to justify harsher sentencing for opioid possession: “Which brings us back to Prince, whose tragic death could be an educational moment for the country if it raises awareness about the dangers of opioid use and inspires us to treat drug use as a public health issue, not a criminal justice one. But rather than learning from the mistakes of the past, Congress is in danger of repeating them. … Legislation proposed by Senator [Kelly] Ayotte would establish mandatory-minimum penalties of five, 10, and 20 years, in some cases, for very small quantities of fentanyl-laced heroin. It’s conceivable that under this law, Prince could have received a five-year mandatory term in federal prison — an outcome that would horrify most of his fans. Prison is the last place to deal with a person’s problematic drug use.”

When you’re cheating at a kayak-based bass fishing competition, it might be time to take a good, hard look at your life. The Star Tribune’s Tony Kennedy writes: “Digital cellphone technology is all that’s needed this year to police the Chris Nelson Memorial Fishing Tournament, the marquee annual event of the Minnesota Kayak Fishing Association. … But starting as early as next year, winners might be asked to submit to a voice stress test for lie detection. ‘It weeds out the cheaters,’ said Grant Carston, an official with the group. ‘As we grow, we want to make sure we don’t have any of that.’ … Carston said there hasn’t been a whiff of scandal in the association’s fishing contests. But membership in the fledgling nonprofit is surging, from 770 ‘yak’ anglers last year to 900 and counting this season.”

Food & Wine was impressed with the food at Surly.

Hold Steady Q&A: “Craig Finn looks back on The Hold Steady’s ‘Boys and Girls in America’: ‘Maybe it was the end of something’” [Salon]