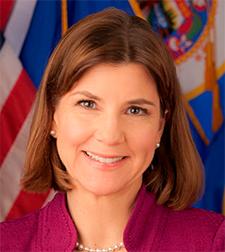 These scams are infuriating. Nicole Norfleet of the Strib says, “Minnesota Attorney General Lori Swanson accused a Twin Cities magazine company Thursday of using deceptive sales tactics to sign up customers, many of them seniors, for magazine packages that cost up to nearly $1,000 each. A lawsuit was filed by Swanson against Minnesota corporation Your Magazine Service Inc. and its owner, Wayne R. Dahl Jr., for an alleged scheme that targeted people who had already been sold magazine packages, to sign up for additional magazine packages, sometimes for publications they had no interest in.”

Suspicion is always warranted. The AP says, “Authorities no longer suspect foul play in the death of a bald eagle in southern Minnesota. It turns out the eagle most likely was hit by a vehicle and later partially eaten by scavengers before the carcass was found in March, U.S. Fish and Wildlife Service spokeswoman Tina Shaw told the Albert Lea Tribune. The federal agency opened a criminal investigation and offered a $2,500 reward back in April when it appeared that the eagle had been killed and then butchered like a game bird.” Did the Trump campaign blame ISIS?

The Forum News Service says, “Minnesota House and Senate public works funding negotiators plan to meet Tuesday in an attempt to craft a compromise that could lead to a special legislative session.” Thanks again for all your hard work.

Richard Chin’s PiPress story says, “A man convicted of raping a 13-year-old girl — whom he never met in person — got a prison sentence of nearly 30 years Thursday in Washington County District Court. Cheyenne Cody Vedaa Foster, a self-described ‘monster’ who turned the Lake Elmo girl into his online sex slave, was sentenced to 28 years and eight months under the terms of a plea agreement. … Foster, who is from Arlington, Wash., about an hour north of Seattle, admitted that he used threats of punishment conveyed through text messages, video chats and social media to coerce his victim, a Stillwater Junior High School student, to sexually abuse herself.”

GOP Rep. Tony Cornish’s public beat down continues with a Strib commentary from Rachel Wannarka and Jason Sole. “Cornish seeks to place the full blame for police brutality on those being victimized. … With footage seemingly being released daily showing police officers killing unarmed people of color, Cornish’s narrative only seeks to blame the victims for their own deaths in encounters with police.”

The good news? A house for $1. Frederick Melo of the PiPress says, “In the Dayton’s Bluff Historic District, five vacant, city-owned homes that once faced demolition may be resold to developers for $1 apiece. That’s the good news. For city officials, here’s the catch: Together, the homes would require roughly $1 million in public subsidy, or an average of $202,000 each. The city’s “Inspiring Communities’ home program imposes a subsidy cap of $150,000 per rehab.”

Since the one in Grand Central has a 40 minute wait. Jess Fleming of the PiPress alerts foodies and fans of $9 cheeseburgers, “Shake Shack, New York’s designer fast-casual burger chain, opened Thursday, June 9, at the Mall of America. The restaurant, which has been spreading around the country like wildfire in the past few years, was started by renowned restaurateur Danny Meyer. The third-floor eatery is part of the most recent Mall of America expansion and will be the first Shake Shack in Minnesota.”

I used to know a guy whose off-campus apartment was known as the Pollinator Discovery Center. Now, in the Strib, Beatrice Dupuy says, “Hovering over the Minnesota Landscape Arboretum’s gardens, the black-and-yellow swarm buzzed with anticipation as workers busily put the finishing touches on their new home. The soon-to-be completed Tashjian Bee and Pollinator Discovery Center, on its hilltop site, is the latest addition to the arboretum’s landscape of more than 1,200 acres.”

Only after I honked and gave them the thumbs up did I realize I was part of the problem. Stribber John Reinan says, “They say you can’t fight City Hall, but a band of St. Louis Park residents is waging a determined battle against a proposed development on Excelsior Boulevard that has the backing of city staffers.”

For the Wall Street Journal, Tess Stynes reports, “Cliffs Natural Resources Inc. said it plans to restart its United Taconite mining operation in Minnesota during August, two months earlier than recently expected. The U.S.’s biggest iron-ore miner cited a contract to supply the majority of U.S. Steel Canada’s iron-ore pellet requirement for the third and fourth quarters, which also spurred Cliffs to raise its sales volume and production guidance for 2016.”

So, sort of like minnow rustlers? The Forum News Service says, “A 65-year-old Minnesota man and a 67-year-old Minnesota bait shop owner have been charged with violations of the state’s laws regulating the trapping and selling of minnows. Jack W. Sankey of Glenwood, Minn., has been charged in Pope County District Court with harvesting and selling minnows without a license to Minnesota bait shops in Svea near Willmar, Clitherall near Fergus Falls and Brainerd. Sankey has pleaded not guilty to the charges — five gross misdemeanor counts of buying or selling wild animals and one misdemeanor count for not correctly tagging minnow traps with his name.” Definitely sounds like one for the Supreme Court.

Oh yeah, and besides the heat today, the Duluth News Tribune story says, “The Minnesota Pollution Control Agency warns that Friday air pollution will be dangerous for Minnesotans in the west, central and south. With temperatures expected in the low-to-middle 90s, and mostly sunny skies and light winds, the agency said ozone will be a danger.”

Prepare for long shadows in St. Anthony Falls. Says Jim Buchta of the Strib, “A 40-story condo tower planned for the Minneapolis riverfront got a nod from the city’s zoning and planning committee Thursday, paving the way for consideration by the City Council. Five of the committee’s six members voted to overturn the Heritage Preservation Commission’s rejection of the tower, which Minneapolis developer Alatus plans to build in the St. Anthony Falls Historic District.”