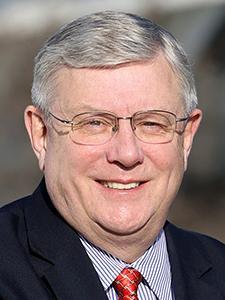 Rep. Keith Ellison isn’t mincing words about Trump. The Hill’s Lisa Hagen reports: “Rep. Keith Ellison (D-Minn.) on Monday night called Donald Trump ‘a narcissistic fascist’ for shifting the focus to himself in the wake of the deadliest mass shooting in U.S. history. … Trump has come under fire for a self-congratulatory tweet he sent out after the terrorist attack, in which he said he ‘appreciate[s] the congrats for being right on radical Islamic terrorism.’ … ‘It is clear that we have a narcissistic facist who has claimed the Republican nomination. That’s a fact. The question is what are we going to do about it as a nation,’ Ellison told MSNBC’s Chris Hayes on Monday night. ‘Why, oh, why can’t his sympathies run to them for just a moment?’ Ellison asked, referring to the LGBT and Hispanic communities. ‘The whole nation should be grieving with them.’ … ‘The fact his mind is not concerned itself with what they need, comforting them, is deep and disturbing,’ Ellison said. ‘And then turn it into a villainous rampage against other Americans who have absolutely nothing to do with this — and I mean Muslims now — it’s just outrageous.’ ”

Not fair to set a ticket-price minimum unless Wolves can guarantee a quality-of-basketball minimum. The Pioneer Press’ Andy Greder writes: “The law firm representing two Timberwolves season-ticket holders will tell a Hennepin County District Court judge on Tuesday that their plaintiffs were victims of consumer fraud as a result of the team’s ticketing policy. … The plaintiffs’ claim the Timberwolves did not mention the change to Flash Seats when season-ticket holders were asked in February 2015 to renew their packages for the 2015-16 season. They allege use of Flash Seats started in July 2015 after five months of payments. … With Flash Seats, the Wolves for the first time in 25 years of operations eliminated the use of paper tickets. They also added fees and set a resale price minimum — 75 percent of the ticket’s face value, the lawsuit claims.”

The Star Tribune follows up on Tony Webster’s investigation of the Hennepin County Sheriff’s use of facial recognition technology. David Chanen writes: “A crime-fighting tool until now kept under wraps by the Hennepin County Sheriff’s Office is drawing both praise as a critical asset in the hunt for bad guys, but also concern in an era of growing surveillance. … The sheriff’s office is the only law enforcement agency in the state to offer facial recognition technology, once the domain of the military and top national intelligence investigators. The software now generates leads on drug dealers, bank robbers, burglars and other conventional criminal suspects. Known formally as Image Identification Technology, it works by identifying thousands of points on a person’s face to determine such things as the distance between the eyes or the shape of the lips. It takes about 30 minutes to find a possible match.”

Probably not a lot of overlap in the first place: “Urban Bean coffee shop tells Trump supporters: ‘Do not spend money in our stores’” [City Pages]