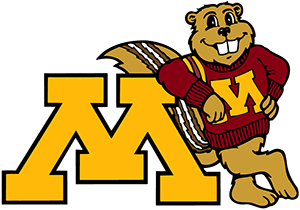 That’s the latest from Star Tribune reporters Joe Christensen and Amelia Rayno, fallout from allegations that University of Minnesota wrestlers sold and abused prescription drugs. “University police have been investigating the wrestling team since April 11 and obtained search warrants to probe Robinson’s Plymouth home and personal computer. The university launched its own investigation Tuesday. Coyle said Robinson is on paid administrative leave ‘pending the conclusion of the investigation.’”

Meanwhile … MPR’s Solvejg Wastvedt says, “The St. Paul school district has shifted budget cuts away from schools after a proposal sparked community protest. In April, the district proposed taking about $7 million from schools to help fill a $15 million district budget gap. But at a school board meeting Tuesday, district leaders and the board settled on a $2.5 million proposed reduction for schools instead. District CEO Michelle Walker says the district will cut more from administration and other district-wide programs.”

More on the feds’ decision not to bring civil rights charges against the Minneapolis Police officers who shot and killed Jamar Clark, this from the Strib’s Libor Jany and Paul Walsh: “[U.S. Attorney Andy] Luger said that had the case gone to trial, the officers’ defense attorneys would have easily picked apart conflicting witness statements and other evidence. But legal hurdles remain for the officers … . Their actions on that night are still being scrutinized by the Internal Affairs unit to determine whether they violated any departmental policies.”

And if you’ve got that kind of dough … how about lunch near the Spanish Steps? Says Kristen Leigh Painter of the Strib, “Delta Air Lines has begun its seasonal nonstop service between Minneapolis-St. Paul and Rome on Wednesday. The Atlanta-based carrier celebrated the latest addition to Minneapolis-St. Paul International Airport’s list of global destinations with preflight water arches and Italian fare.” So for $25 more you got pizza crackers?

I think everyone pretty well guessed this. Marino Eccher of the PiPress writes, “A dispute with a romantic rival led a woman to throw gasoline on another and set her on fire in a St. Paul apartment, prosecutors said. Laurel Lee Sykes, 32, of Maplewood was charged Wednesday in Ramsey County District Court with first-degree assault. The 28-year-old victim was hospitalized with severe burns after the Memorial Day incident. According to court documents filed by prosecutors, a witness said Sykes was upset with the victim because they were seeing the same man. … After her arrest, Sykes told police she didn’t know the other woman’s name, but that they’d been arguing.” Wanna bet the dude involved isn’t exactly George Clooney?

Obviously someone went searching for a more, shall we say, “robust market.” Says Karen Zamora in the Strib, “Authorities are investigating accusations made by a former employee that a Minnesota-based medical marijuana company illegally transported cannabis oil out of the state.”

Even without much help from China, apparently. Says Stribber Jackie Crosby, “Business is picking up, albeit haltingly, among Minnesota manufacturers. New orders, sales and production ticked up in May and employers added jobs, according to a monthly survey of regional supply managers released Wednesday by Creighton University.”

Somewhat related (this from tipster Ray). At Slate, Jordan Weissman says, “Fans of progressive taxation will be grateful, then, for a very cool new study published in the American Sociological Review that suggests that rich-guy tax flight really isn’t much of an issue on the state level. Researchers from Stanford and the U.S. Treasury Department looked at federal tax records from every American who reported an income of $1 million or more between the years 1999 and 2011 to see if they could find a pattern of millionaires moving from high tax states to low tax states. … The authors conclude that there is in fact a slight trend of wealthy households moving to less redistributive climes. However, it’s ‘small and has little effect on the millionaire tax base.’” I don’t care. Another million bucks and I’m moving to Yankton.

And the only thing missing is? In the Duluth News Tribune, John Myers says, “Minnesota Power on Wednesday unveiled plans to triple the size of rebates available to its customers who install solar panels on their rooftops, garages or yards by adding an extra $1 million annually to the program for the next three years. Customers could receive up to $20,000 back on the new solar panels they install, with the rebate program covering nearly one-third of the initial cost of installing solar, depending on the size of the system. A typical residential customer installing a 5-kilowatt solar system could receive roughly $6,000 in Minnesota Power ‘SolarSense’ rebates.”

And apparently not a happy drunk, either. In the Grand Forks Herald, Becky Jacobs reports, “A paraprofessional at Valley Middle School in Grand Forks was fired at the end of April for being intoxicated during the school day, according to a Grand Forks Police report. Several staff members at the school alerted the school’s resource officer about 1:30 p.m. April 29 that Stephanie Frank, 39, appeared intoxicated. The officer didn’t see signs of impairment ‘but noticed that Stephanie was using swear words in front of kids as they were walking through the hallway,’ the report stated.” Right. But was she saying anything the teachers weren’t thinking?

Good god, people! There’s a Kowalski’s and a Starbucks nearby! Says Michelle Bruch of the Southwest Journal, “A former dry cleaning site at 54th & Lyndale is under scrutiny by the Minnesota Pollution Control Agency. The agency is investigating a release of perchloroethylene (perc), which has contaminated groundwater and soil vapor. The source of the perc is a dry cleaner that operated from the mid-1950s until the late 1990s at 5412 Lyndale Ave. S., formerly the Borton Overseas building. Today the site is part of the Walgreens parking lot. … The MPCA would like to add the site to its ‘Superfund Permanent List of Priorities’, a list of sites that could pose risks to human health and the environment. Placement on the list makes funding available for investigation and cleanup.” Stuff leaves a weird aftertaste in the macchiato.

Also in the Journal, this from our pal Jim Walsh. “On April 25, hundreds of Washburn High School students were in the late and most competitive stages of Assassins, the live-action game in which teams of Nerf gun-wielding teens ‘kill’ each other with foam bullets. Over the past two decades, Assassins has become a high school spring ritual on par with prom and graduation, and this year, the good Catholic kids at De La Salle implemented a new rule: Strip naked and you can’t be killed. … ‘We jumped out of the car and chased this guy who still had his clothes on, and some more naked people jumped out of a car and pretty soon you’ve got 50 naked kids running around Lynnhurst Park shooting each other with Nerf guns.’ Fifty? Seriously? ‘Fifty, seriously. Maybe more,’ said Nude Boy.”