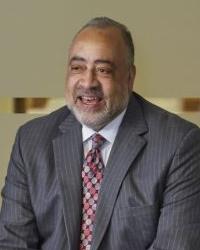 An outside proscutor for the Castile case. City Pages’ Mike Mullen writes: “Ramsey County Attorney John Choi is still in charge of the criminal case against police officers involved in the shooting death of Philando Castile. … But Choi’s getting a little outside help. … The county attorney announced Friday morning that he has retained a single outside prosecutor to join the investigatory team. Choi picked Don Lewis, a veteran attorney with the Nilan Johnson Lewis firm.”

95 percent of Southwest High students opted out of the math MCA test. 95 percent! That and other interesting info in this Star Tribune story from Mary Jo Webster and Alejandra Matos: “Leaders in the Minneapolis Public school district said this week that the accuracy of this year’s standardized test scores for some of their schools was damaged because a significant number of students opted out of taking the tests. … This year’s Minnesota Comprehensive Assessments data, released Thursday, shows that Minneapolis high schools in particular will have a hard time relying on the tests to assess the progress of their students in meeting achievement goals. … The data also show that opting out is a growing — although still small — trend elsewhere, as well.”

Okay, but how about occasional pain? MPR’s Laura Yuen writes: “Nearly 500 pain patients joined Minnesota’s medical cannabis program in July, the first month they could do so after intractable pain was added to the state’s list of qualifying medical conditions last year. It’s the highest number of patients certified by the state in a single month. … The Minnesota Department of Health says it has increased staffing at its call center to handle the hundreds of additional calls it has been receiving about the program.”

These are some baaaadass little kids: “Mutton bustin’: Eight seconds and a sheep” [Rochester Post Bulletin]

They had to have known it was a long shot: “Minn. judge denies claims of 28 would-be heirs to Prince estate” [Inforum]

Above and beyond the call of duty: “2 Rogers Police Officers Deliver Baby in Living Room” [KSTP]