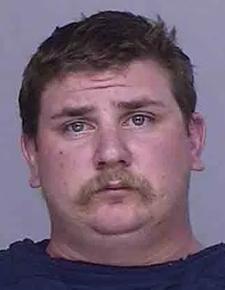 Surely all the bars and restaurants in the area will appreciate the competition. The Star Tribune’s Rochelle Olson has the story of the Vikings’ latest attempt to squeeze every last dollar out of the People’s Stadium: “The Minnesota Vikings are encouraging fans to come early to home games and stay late. The team is setting up an 800-person bar and music garden on the plaza outside the stadium when the Vikings are in town. … The new venues are adjacent to a family area with kid-friendly games on the Commons, the park outside the new $1.1 billion stadium.”

With the first day of school coming up, the Southwest Journal’s Dylan Thomas checked in with incoming Minneapolis superintendent Ed Graff: “‘It’s a life-changing moment, a life-changing opportunity,’ Graff said during that hour-long question-and-answer session in mid-June, just 10 days into the district’s summer break. It was an unusual experience for the media-shy former Anchorage School District superintendent, who said he shared more with the press that day than in 25 years as an educator in Alaska. … Graff sketched out a 60-day plan to better acquaint himself with the city, the district and the political environment in which it operates, beginning with the Board of Education. Then, before he took the center seat on the dais at his first school board meeting July 12, Graff flew to Alaska, stuffed ‘30 years of clothes into three duffel bags,’ and flew back to his new home in Minneapolis.”

Cue calls to reinstate the wolf hunt in 5… 4… The AP reports (via MPR): “The latest survey of Minnesota’s wolf population estimates a slight increase. … The Department of Natural Resource says the annual survey ticked upward to 2,278 wolves. That’s about 50 more than last year’s estimate. … The DNR says the newest number isn’t a significant change. Dan Stark, the agency’s large carnivore specialist, says it shows the wolf population is healthy and stable.”

Well, we know a thing or two about ice around here: “High-end, hand-cut ice is a must for Minnesota’s cocktail culture” [Star Tribune]

It’s that time of year: “Pants or no pants? 50 years of Minnesota State Fair mascots” [MPR]

PSA: “How I Won the Minnesota Twins’ Mascot Race” [Slate]