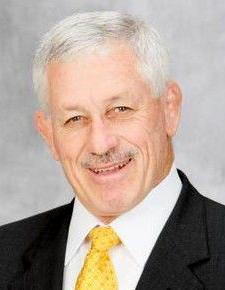 In the realm of the inevitable, we have this from Dave Campbell and Jon Krawcynszki at the AP. “Longtime Minnesota wrestling coach J Robinson was fired Wednesday after the university said an investigation into an alleged drug ring within the program revealed that he ‘failed to disclose information regarding drug-related activity’ on the team and made unauthorized promises of amnesty to his athletes. Robinson coached the Gophers for 30 years and led the team to three national championships, carving out a reputation as a hard-charging, outspoken and occasionally combative figure on campus. He enjoyed as much success as any Gophers coach of his era, but was embroiled in a drug scandal this spring when police investigated allegations that more than a dozen wrestlers sold and used the anti-anxiety drug Xanax.”

U.S. Attorney Andy Luger went on MPR and explained a bit more of the thinking behind Danny Heinrich’s plea deal. “The deal was the only way to get Heinrich to lead them to Jacob, Luger told MPR News host Cathy Wurzer. Heinrich’s expected 20-year prison sentence on the child pornography charge, Luger added, is likely more than he would have received had he been convicted in state court for murder — and there was no evidence to charge him with murder without his confession. Luger added that he would not have gone forward with the plea deal unless the Wetterling family supported it. ‘Everyone agreed that we had to grab this opportunity, it may never come again,’ Luger said.”

At WCCO-TV, Heather Brown asks how common plea deals are? “Plea deals are the norm when it comes to all criminal cases. Up to 97 percent of federal cases end up with some sort of plea bargain. But, Heinrich’s deal is unique because he admitted to a murder for which he won’t serve time. Instead, he’ll be in prison for one count of child pornography – a charge that carries a maximum sentence of 20 years. Experts say it shows the value of information only Heinrich knew. ‘People will say 20 years is not enough and, of course, it’s not enough. He should be spending the rest of his life in prison,’ said Joe Tamburino, an attorney who is not affiliated with the Wetterling case. ‘But, the Wetterlings need finality and answers in this case.’” I am not a lawyer, but I put the chances of Heinrich ever again seeing the light of day at pretty much zero.

Also worth considering is this from Brandt Williams at MPR. “The National Center for Missing and Exploited Children assisted law enforcement agencies with nearly 14,000 cases of missing children in 2015; just 1 percent of those involved children taken by people not related to them. A 2011 study conducted for the Department of Justice by researchers at the University of New Hampshire estimated that each year roughly 100 children in the country are victims of long-term stranger abductions that can end in the death of the child. … There is one technological advance that is likely having the biggest impact on reducing fatal child abductions: the cell phone. ‘One only wonders what would have happened in the Jacob Wetterling case if his brother, for example had a cell phone and been able to call for help or take a picture of the guy as he ran away, or if the guy himself had a cell phone that could have been traced,’ said David Finkelhor, director of the University of New Hampshire’s Crimes Against Children Research Center.”

Today in gun grabbin’. Elise Viebeck of The Washington Post reports, “A prominent House Democrat will introduce legislation Thursday requiring colleges to publicly disclose their gun policies and report when crimes committed on campus involve guns. Rep. Keith Ellison (Minn.) argued this information is vital to policy makers and prospective students. Its disclosure is not currently required under the Clery Act, which orders colleges that receive federal funds to share data about crime on campus.” Your precious Second Amendment rights have never been more imperiled!

Kind of related. The AP says, “State health officials say suicides are on the rise in Minnesota. Figures released Wednesday by the Minnesota Department of Health show 726 suicides were reported in Minnesota in 2015. That’s up 6 percent from 2014, when 686 suicides were reported. Minnesota’s suicide rate last year was 13.1 per 100,000 people, up from 12.2 in 2014. Previously the highest rate was 13 per 100,000 in 1986. Suicides among men drove the increase.”

The “bored Millennials” have gone viral. For City Pages Mike Mullen writes, “Yesterday, an image of a handsome pair of Minnesota State Fair attendees — one brown-haired young man and his blond companion — hit the pages of Reddit through the viral image-sharing site Imgur. At the precise moment the candid photo was taken, the couple is riding the Sky Glider. The woman looks intently down at her smartphone. The man holds his face in one hand. His thousand-yard stare could inspire two dozen novels. Instead, it was used to inspire the photoshop engineer/pranksters of Reddit, who put this moment to use as fodder for humor in one of their so-called ‘PhotoshopBattle” contests.” Pretty funny.

Also trending … the number 11. Another WCCO-TV story says, “On Wednesday, the Jacob Wetterling Resource Center said on Facebook that it’s honoring Jacob’s memory through the number 11, which was Jacob’s jersey number. The center says it came up with the idea after talking with Jacob’s mother, Patty Wetterling. Not only does the number honor Jacob and his love of sports, it also stands for 11 traits people are encouraged to be conscious of in promoting a culture of compassion and kindness.”

A couple sports items: Steve Adams at MLB Trade Rumors thinks we’ve seen the last of Twins third baseman Trevor Plouffe. “Twins corner infielder/designated hitter Trevor Plouffe exited last night’s game with an oblique injury, and tests have revealed the 30-year-old to have both an oblique strain and an intercostal strain, as MLB.com’s Rhett Bollinger tweets. Plouffe hopes to return before the end of the season, but Bollinger notes that it’s unlikely that Plouffe will have enough time to recover. … A salary in the $8-9MM range isn’t outlandish for a healthy Plouffe, but it may also be more than the Twins wish to pay him given the state of their roster, as currently constructed.”

For UPI, the story on the Vikings says: “Minnesota Vikings coach Mike Zimmer doesn’t plan to announce his starting quarterback before Sunday’s regular-season opener in Nashville, but Tennessee Titans coach Mike Mularkey is fairly certain it will be Sam Bradford. ‘The number of starts (Bradford) has, he’s a very intelligent quarterback, he’s faced this defense before,’ Mularkey said as he listed the reasons he believes that Bradford will be the starter. …  Zimmer said he will only tell the team the identity of the starter this week.” That’s one of those psyche-out games coaches play.

Dang! Sean Breslin at The Weather Channel has photos of boulders that crashed into a home in Brownsville, Mn. “Several large boulders crashed into a home north of Brownsville, Minnesota, after a landslide that was probably triggered by rainy weather. The aftermath of the slide was documented by Houston County Emergency Management on its Facebook page Wednesday morning. The county, in extreme southeastern Minnesota, received heavy rain before the landslide.”