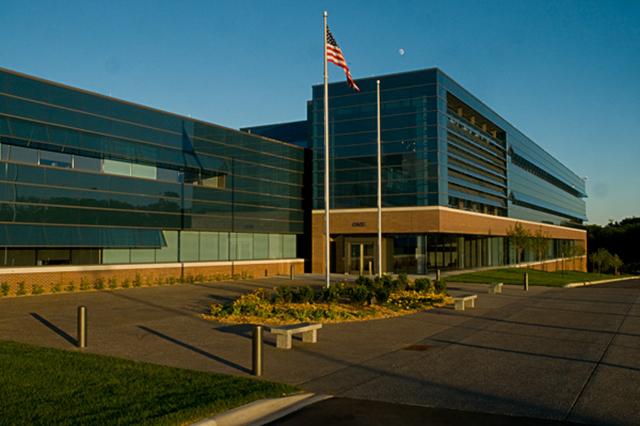 Not good. The Star Tribune’s Joe Carlson reports: “Following deaths and injuries worldwide, Minnesota-based heart device maker St. Jude Medical announced Tuesday that nearly 350,000 of its defibrillators implanted in patients may be prone to short-circuiting in a way that causes the device to fail unexpectedly. … Two deaths have been associated with situations where the devices failed to send lifesaving shocks to the heart, including one death in the U.S. In addition, 10 people have fainted and 37 more have reported dizziness after their defibrillators failed to keep their hearts beating in proper rhythm.”

How often do builders’ associations back Democrats? The Star Tribune’s J. Patrick Coolican reports: “The Builders Association of the Twin Cities is best known for putting on Parade of Homes, a showcase of some of the most luxurious, innovative and environmentally friendly homes in the Twin Cities. … But in recent years, the organization has emerged as a powerhouse in state Republican politics, giving money to candidates and attempting to gain influence at the State Capitol.”

Firing seems a bit harsh. MPR’s Bob Collins reports: “The Great Clown Scare of 2016 has taken down a guy who was giving his time to help kids. … Fox 9 News reports St. Francis High School has fired Ben Hildre, coach of the JV girl’s soccer team, because he wore a clown mask. … He wouldn’t have done it if the gorilla costume he normally wears for some annual team tradition hadn’t been damaged. … His team took a picture of him and everything seemed fine until — you’ll want to sit down for this — it got posted on social media.”

Magnetation is no more. The Duluth News Tribune’s John Myers report: “Magnetation has shut down its last remaining operations after a federal bankruptcy judge last week pulled the plug on the company’s hopes to keep running. … The plants — outside Grand Rapids and in Reynolds, Ind. — ceased operations Friday, said Matt Lehtinen, the company’s president, under the final bankruptcy settlement approved Thursday in St. Paul. … Lehtinen said employees now are mothballing the plants in hopes that buyers will emerge to purchase the facilities from the largest lenders that Grand Rapids-based Magnetation owed hundreds of millions of dollars.”

More complicated than it might seem at first glance. Aaron Brown writes on his blog, Minnesota Brown: “In one of those ‘only on the Iron Range’ headlines, today’s top banner on the Hibbing Daily Tribune reads ‘Lincoln Elementary gun range may close.’ … The story isn’t that there’s a gun range in an elementary school. It’s been there for 60 years, and other Range schools have gun ranges too. The story is that after all that time, contemporary concerns about mixing schools and guns have called into question the wisdom of the arrangement.”

Over-under on whether alcohol was involved? “Wisconsin-Based Vikings Fan Says He Was Stabbed Seven Times Over Inflatable Yard Decoration” [Deadspin]

Some local scribes got a nice surprise lately: “Mike Lacey, Backpage.com, and the mystery of the $5,000 checks” [City Pages]

Damn right: “They don’t call it Superior for nothing” [MPR]

Embrace your Twin Cities culinary heritage: “Want to make your own booya? Here’s what it takes.” [Pioneer Press]