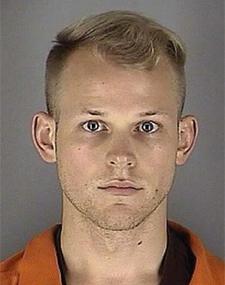 Good piece by Brandon Stahl in the Strib over the weekend on a sadly familiar topic: the lack of prosecution of accused rapists. “The 19-year-old University of Minnesota junior did everything a rape victim was supposed to do. … What she didn’t know was that there had been more than 1,000 sex assaults reported since 2010 to the Aurora Center, the school’s rape prevention and victim advocacy department, according to a Star Tribune review of the center’s reports. Yet, according to the Aurora Center’s director, Katie Eichele, the total number of rapists who had been prosecuted was zero.”

Then there’s this. Says Paul Walsh for the Strib, “A northeast Minneapolis man who fatally stabbed his new wife in the neck was sentenced last week in Hennepin County District Court to a term of 7¾ years. Wayne R. Watson, 52, killed 53-year-old Flowera Ransom on Oct. 1, 2015. … With credit for time served since his arrest, Watson will spend 4½ years in prison, then serve the balance of his sentence on supervised release.”

Al Franken and FCC Commissioner Mignon Clyburn have a TIME commentary about consumer rights and internet providers. They write: “ … communications providers who offer access to the internet in our homes and on our phones have found a way to evade accountability by effectively locking the courtroom doors on their customers. They do it through the use of what are known as mandatory arbitration clauses, buried deep in the fine print of the contracts you have to sign in order to get internet service. These clauses force you to sign away your right to go to court in the event of a dispute, in favor of a private arbitration process that is inherently biased towards corporations and offers no meaningful appeals process.”

Happy ending. The Forum News Service says, “The last light of the day was fading when Daniel Kiecker of Lake Lillian came to the rescue of a 9-year-old girl lost for about two hours Saturday in a corn field north of Raymond. ‘And then when she saw me the look on her face was priceless,’ said Kiecker on Sunday while recounting how he discovered the missing girl near the town about 100 miles west of Minneapolis. He was among the volunteers who answered a call to area fire departments to join in a search for the missing girl organized by the Kandiyohi County Sheriff’s Department. … Her mother had reported her missing at 4:32 p.m. She informed the sheriff’s department that her daughter was autistic and that they had been searching for her for about one half hour.”

The Strib’s editorial board comes out in favor of the legislative pay amendment on the ballot in November. “For nearly two decades, the Legislature has done the politically expeditious thing. It has not raised its own pay since 1997. Compensation for legislators has been stuck at a lean $31,140 a year … . That salary is not sufficient to attract the caliber of candidates this state’s government needs to fill a job that is billed as part time, but in reality is full-time during sessions and part-time for the rest of the year. … Over time, it risks populating the Legislature with people of independent means and/or those young enough — or desperate enough — to settle for a low-income job.” They do of course have the satisfaction of getting really important stuff done.

Nine overdoses. Matt Sepic at MPR says, “Authorities are investigating nine opioid overdoses in the Twin Cities suburbs, including two fatalities. In Anoka County, the sheriff’s office reported five men and one woman overdosed in separate incidents over a 12-hour period Saturday. One of the victims was hospitalized in critical condition Saturday night, the department said. Two of the six are from Fridley while the others are from Anoka, Andover, Isanti, and Ham Lake. All of the victims are in their mid-20s, except for the man from Ham Lake, who’s in his mid-30s. Authorities have not released the victims’ identities. Sheriff’s officials suspect all used heroin from a single source.”

Tough day for drones. Says the AP, “Law enforcement officials fired at an unmanned aircraft and a group of Dakota Access pipeline opponents twice blocked a North Dakota state highway Sunday, capping a weekend of protests. A helicopter helping monitor a protest against the four-state pipeline Sunday morning was approached by a drone in a ‘threatening manner,’ the Morton County Sheriff’s Office said in a statement. An officer in the helicopter told law enforcement on the ground that the pilot and passengers were ‘in fear of their lives’ and that the unmanned aircraft was going after them. Less-than-lethal ammunition damaged the drone, which was then landed by its operator.” Interesting. So why don’t they use “less-than-lethal” ammo to deal with, say, situations involving unarmed black motorists?

Wait, people paid to see this? Stribber Chris Riemenschneider attended Saturday’s ‘I Love the ’90s Tour’ show. “Five of the six acts that took the stage Saturday had one — and only one — big song to get the 8,000 mostly Generation X-aged fans up and dancing. The exception was the lone women’s group on the lineup, Salt-N-Pepa, who delivered multiple hits with ample gusto but somehow didn’t land the headlining slot. Yet another example of women losing out to less-qualified male job candidates. The top dog instead was a shameless but fitting choice, Vanilla Ice.” Dude, you deserve combat pay for that one.

On the other end of the spectrum, writes the Strib’s Jon Bream: Sheila E’s show at Orchestra Hall honoring Prince:“The late Minnesota music icon’s humanitarianism was celebrated Sunday night at Orchestra Hall with a concert organized by Sheila E, his former drummer and fiancée, with proceeds going to Purple Philanthropy, various causes that he supported. With a cast that included youth performers, former Prince collaborators and Sheila E’s own band, this two-hour tribute was a triumph of dignity, grace, spirit, emotion, purpose, music and, of course, charity.”

Wells Fargo Watch: At Bloomberg, Michael Regan writes, “If you wanted to get a good outline of the high-pressure sales culture cited as the impetus for the fake-account scandal at Wells Fargo, it’s been hiding in plain sight on the Internet for several years — not in the news, however, but rather in computer-animation videos posted on YouTube. Using the free robot-voice animation web site xtranormal.com, YouTube posters with pseudonyms such as wellsfargoisabadbank, WellsFargoIsHell and Wachovianatheart posted cartoons with unflattering depictions of the bank’s managers and its handling of customers.  It’s impossible to say how much satire and exaggeration are involved in these videos … but the culture depicted by them is eerily similar to how the bank has been portrayed in news reports since the scandal broke.”