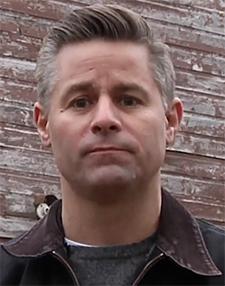 And no Green Party in sight! Stribber Patrick Condon says, “Republican Stewart Mills said Monday he would request — and pay for — a hand recount of votes in the congressional race he narrowly lost to DFL U.S. Rep. Rick Nolan. ‘We just want to make sure that every vote gets counted, and counted correctly,’ Mills said in an interview. ‘We’re prepared to accept whatever is the genuine will of the voters, but we would be negligent not to seek this recount.’”

Yeah, you can keep the champagne on ice, or in the garage fridge or wherever. Says Pat Kessler for WCCO-TV, “The state of Wisconsin will begin a recount of its presidential vote on Thursday, but a top state elections official says he doubts the outcome will change. Wisconsin voters cast nearly 3 million ballots on Election Day. Donald Trump won the state by 22,000 votes over Hillary Clinton. Green Party candidate Jill Stein, who is requesting the recount, got 31,000 votes. The Green Party is paying for a recount, because of what it says are ‘irregularities’ in the vote totals. Wisconsin will recount nearly 3 million votes, and the chairman of the state’s Elections Commission says he’s confident Trump will be the winner — again.” You’d think Trump would have the decency to comp Stein a weekend at Mar-a-Lago.

And in case you were the wondering sort, the AP says, “There have been only 27 recounts out of 4,687 statewide elections across the country from 2000 through 2015, according to FairVote, a nonpartisan group that analyzes elections. Those thousands of statewide races range from U.S. president to mine inspector in Arizona. ‘The likelihood that a statewide recount would have an impact on the outcome is extremely small,’ FairVote spokeswoman Michelle Whittaker said. But there have been exceptions: … In the 2008 race for U.S. Senate in Minnesota, Democrat Al Franken defeated Republican incumbent Norm Coleman, who was ahead by 215 votes before the recount. The recount was automatic because of the tight margin.” Oh, that one.

Yeah, what’s in it for me? In the PiPress, Tad Vezner says, “St. Paul’s city council will decide next month whether to approve a nearly 8 percent hike in their city levy — an increase that’s several times what it has been in recent years. So what, exactly, would residents get for that? There are plenty of opinions about it, which have been covered, but here are the straight facts. … The city council wants:

He sounded like a Spirit guy anyway. The AP says, “Delta Air Lines is banning for life a passenger who rudely professed his support for Republican President-elect Donald Trump and insulted those who didn’t on a flight to Pennsylvania, the company’s CEO said Monday. Edward Bastian said in an internal memo that the airline is also refunding the cost of tickets for other passengers on the Nov. 22 flight from Atlanta to Allentown. A video posted on Facebook by a passenger shows a man standing in the aisle, yelling and insulting supporters of Democratic presidential nominee Hillary Clinton. The man asks loudly: ‘We got some Hillary bitches on here?’” Delta: Making America great. One shunned passenger at a time.

It sounds like the NFL has gotten into the pricing of tickets to Paisley Park. For The Current, Jay Gabler tells us, “Paisley Park has announced that will host a four-day gathering this spring to mark the first anniversary of Prince’s April 21 death. ‘Celebration 2017,’ which will take place at the Chanhassen venue from April 20-23, is billed as an event ‘bringing together musicians, creative personnel, special guests and friends who worked closest with Prince and knew him best, these four days will feature live music, panel discussions and presentations on Prince’s tremendous talent, influence and importance as a composer, musician, producer, live performer and filmmaker’. … Tickets for the event are now on sale via Paisley Park. General-admission passes are $499; with $999 VIP passes also including special seating, parking, merch, meals, and access to guests. Single-day passes are not currently available.” You half expect personal seat licenses.

So the problem is with bull calves, you say? MPR’s Lorna Benson reports, “State and federal health officials are investigating an outbreak of multi-drug-resistant salmonella that has been linked to contact with dairy bull calves. The outbreak has sickened 21 people in eight states, including two in Minnesota. The first illnesses started in January, and occurred as recently as Oct. 24. According to the Minnesota Department of Health, one case involved a 16-year-old boy who got sick with the Salmonella Heidelberg outbreak strain in early July.”

The AP has a piece up about how the slow train coming for pot legalization could still derail. “Weed is winning in the polls, with a solid majority of Americans saying marijuana should be legal. But does that mean the federal government will let dozens of state pot experiments play out? Not by a long shot. The government still has many means to slow or stop the marijuana train. And President-elect Donald Trump’s nomination of Alabama Sen. Jeff Sessions to be the next attorney general has raised fears that the new administration could crack down on weed-tolerant states 20 years after California became the first to legalize medical marijuana.”

Radar nerds! Yesterday was heavenly! Looking at satellite imagery of yesterday’s bizarre, April-like storms, MPR’s Paul Huttner says, “A powerful and unseasonably warm low pressure system swirled near Fargo Monday. The gigantic coverage scope of the low produced everything from snow to rain to thunder and even tornadoes from North Dakota all the way to Louisiana. The impressive cloud shield stretches from Hudson Bay all the way to the Gulf of Mexico. Note the moisture feed from the tropical Pacific on the storms southern tail.”

If you’re going to lie, cheat and steal, you might as well go big. Says Kristen Leigh Painter for the Strib, “A former accounting manager at a Cargill Inc. grain shipping facility in New York pleaded guilty to stealing more than $3.1 million from the company and causing at least $25 million in losses for it. Diane Backis, 50, admitted Monday in federal court in the Northern District of New York to committing mail fraud and falsifying an income tax return.” Did she use TurboTax?

A Strib editorial on The Donald’s latest Twitter screed says, “Whether it’s petulance or a cunning attempt to spur voter suppression, Donald Trump’s irresponsible, unfounded claim that he would have won the popular vote but for the millions of ‘illegal’ votes cast is a new low in a presidency that has not even formally begun.”

Not to be Debbie Downer, but this usually where things start to go bad. But Joe Christensen at the Strib says, “Gophers athletics director Mark Coyle publicly voiced support for football coach Tracy Claeys on Monday, and two sources familiar with the situation said contract extension offers are coming soon for Claeys and his staff. … Under then-interim AD Beth Goetz, Claeys signed a three-year, $4.5 million deal last Nov. 11. With a relatively small buyout — currently about $500,000 — the deal was designed to give the new AD time to evaluate Claeys this season.