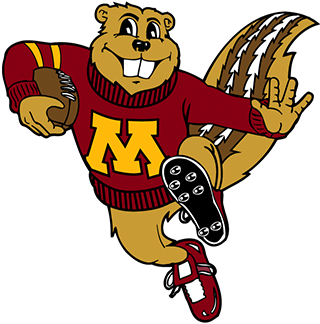 Wondered why the police and university investigations of the alleged sexual assault by Gopher football players reached such different conclusions? Deadspin’s Diana Moskovitz digs in to find out: “How did two separate investigations, covering the same incident at around the same time, reach such different conclusions? A comparison of the reports those investigations produced doesn’t fully answer that question, but it does provide some clues, the most important of which is simply this: For reasons that remain unclear, the police reports don’t account for anywhere near as much evidence as the university’s does.”

A little easier than fixing poverty though. MPR’s Solvejg Wastvedt reports: “Donors around the Twin Cities have been stepping up in recent weeks to pay off students’ school lunch accounts. But no matter how heartwarming the contributions are, lunch debt is not a new problem — and it will reappear after the donations are gone because many families who don’t pay for lunch can’t afford it. After a Twitter campaign earlier this month, Minneapolis collected almost $100,000 in donations, and St. Paul donors have more than taken care of the $28,000 total debt in that district.”

We’ll just have to wait on this one. The Duluth News Tribune’s Lisa Kaczke reports: “A federal judge has suspended a lawsuit filed against the Virginia school district and federal authorities over the district’s policy allowing students to use restroom and locker room facilities that correspond with their gender identity. … The lawsuit has been suspended until the U.S. Supreme Court issues a ruling on a similar case. U.S. District Judge Wilhelmina Wright granted the suspension earlier this month, at the joint request of the plaintiffs and defendants.”

Get her help: “9th DUI gets woman 5 years in prison” [St. Cloud Times]

Faster to take transit than a cab to downtown Minneapolis from MSP: “Planes, Trains And Taxis: When To Take Public Transit From The Airport” [FiveThirtyEight]

Red-hot fusion: “Duluth’s Burrito Union has a ‘tater tot hot dish burrito’, and it’s here to save you from winter” [City Pages]

To you too, congressman:

Deadspin: Why the two investigations of Gopher football players reached such different conclusions