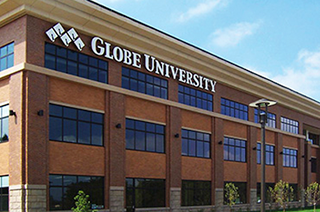 Scheduled to reopen as Trump Universities in early 2017. The Star Tribune’s Mark Brunswick reports on Globe University and Minnesota School of Business shuttering their campuses: “The for-profit schools have been cut off from federal funding and were stung by a lawsuit that found they had committed fraud in their criminal justice program. … The schools said they will begin implementing ‘teach out and articulation agreements’ for its remaining students to allow them to transfer to other institutions to complete their degrees.”

Hann over the reign. MPR’s Brian Bakst chats with departing Republican state Sen. David Hann, who’s considering a campaign to lead the state party if Keith Downey steps aside: “I’ve been asked by a number of people and it’s, of course, an honor to be asked to consider that.”

In a post on Business North, Sen. Amy Klobuchar expresses concern about the way the Obama administration blocked the Twin Metals Minnesota project near the BWCA: “’I had advocated for making a decision on this project based on the environmental review process that has been utilized for other mining projects,’ Klobuchar said in a Monday statement. ‘I am concerned that with the federal government using the leasing standard, we will end up in endless lawsuits and will not get an outcome — regardless of whether the science supports granting or not granting a permit — based on a thorough scientific review.‘ ”

Concerns raised in finding an unbiased jury pool. The Duluth News Tribune’s Caroline Grueskin covered the first trial relating to the Dakota Access pipeline protests: “The trial pertained to two men — Benjamin Schapiro, 30, of Ohio, and Steven Voliva, 62, of Washington — who were arrested Sept. 27 and accused of blocking a highway to allow a caravan of protesters to proceed. A jury convicted the men of obstructing a highway and disorderly conduct, and fined them $1,285.”

Empty red kettles. Shelby Lindrud of the West Central Tribune reports donations to the Salvation Army across Minnesota are down this year: “This time last year, greater Minnesota and North Dakota had collected $5.3 million in donations. Currently, donations this year are at $4.5 million, a $800,000 decrease. The story is similar in the Twin Cities, where the current total of $5.9 million is $1.5 million down from last year.”

The ballad of Ben Utecht: “How music is saving the ex-Gopher’s football-ravaged brain” [City Pages]

How do you say ‘MooLatté’ in Korean? “Dairy Queen announces plans to develop 50 DQ Grill & Chill locations in South Korea over the next five years” [Business Wire]

Psst … if you build a stadium, you can probably get the state to pay for the whole thing: “Former Hudson dog track eyed for baseball stadium, business and housing project – Twin Cities” [Pioneer Press]

Globe University and Minnesota School of Business to shutter campuses