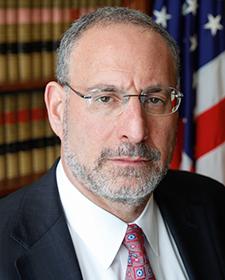 Not exactly good PR for chiropractors. Steve Karnowski at the AP says, “Six Minneapolis-area chiropractors are among 21 people charged with conspiracy to commit health care fraud in what federal authorities described Wednesday as separate schemes that defrauded auto insurance companies out of more than $20 million. More charges against more chiropractors are likely, the U.S. attorney for Minnesota, Andrew Luger, said at a news conference. Luger said the chiropractors allegedly billed auto insurance companies for treatments that people who had been in accidents didn’t need and, in some cases, services they never provided.”

MPR’s Tim Nelson has more on that gigantic development for the old arsenal in Arden Hills. “The site is one of the biggest remaining development opportunities in the Twin Cities, Ramsey County commissioner Blake Huffman said. ‘You think about northern Ramsey County and the fact that we can add 3,000 to 4,000 jobs, and 1,500 housing units, and a robust entertainment facility along with $10 million to 15 million a year of property tax revenue, it means the world,’ he said.” All it needs is a stadium.

He pulled in how much? Also at MPR, Tracy Mumford tells us, “Bestselling author James Patterson is giving out holiday bonuses again this year, and four Minnesota booksellers are among the recipients. Patterson is one of the highest-paid authors in history: According to Forbes, he pulled in $269 million last year alone from print, e-book and audiobook sales. And for the second year in a row, he has personally chosen independent booksellers from around the country to receive bonuses — a recognition of the role booksellers play in the literary world. … Just a mile down the road from the Red Balloon is another bookseller on the bonus list: Aaron Rosenberg at Common Good Books.” Patterson, he’s no Alan Furst.

A few days ago I was thinking it was somebody’s idea of a joke. Not so. MPR’s Paul Huttner says, “Minnesota’s weather Santa is in the giving mood this year. Get ready for an active and highly unusual weather pattern this Christmas weekend. In the next four days we’ll see snow, ice, sleet, heavy rain, thunder and flood potential across Minnesota.” Apparently, though, no locusts.

But for those who can’t until Christmas. Pat Pheifer of the Strib writes, “Ice jams on the Mississippi River and Elk River are causing some flooding problems in the city of Elk River, the National Weather Service said Wednesday, and it could get worse. … Ice jams are perfectly normal and don’t usually cause flooding, but large amounts of rain this year plus abnormally high temperatures throughout November and the first week of December are what’s causing the flooding problems.”

Not good. KMSP-TV has this: “A Minnesota man is being charged after troopers pulled him over for driving a semi-truck while drunk. A video from the Minnesota Department of Public Safety shows the driver falling out of the truck and rolling and crawling on the ground, causing troopers to shut down an entire lane of traffic. … The semi swerved off the right shoulder, hit a sign and swerved back to the left before eventually coming to a stop on the right shoulder.”

He is not going away without a fight. In a piece up at The Huffington Post, Rep. Keith Ellison explains his ambitions. “I’ve won eight elections myself, two in the Minnesota State Legislature, and six to the United States Congress. I also know how to get others elected. I’ve fought year-round to increase voter turnout and develop real relationships with voters.  And it’s worked. In Minnesota in 2014, a Democratic governor and senator were on the ballot who had both won their previous elections in squeaker recounts. My district increased the Democratic turnout by 13,000 votes — and both were elected in blowouts. This year, my turnout strategy helped deliver Minnesota for Hillary Clinton, while the rest of the Midwest went for Trump. A DNC that is able to take on Republicans and President Trump needs to prioritize grassroots organizing and voter turnout, like we do in Minnesota.”

Related. In a Strib commentary, Jim Schowalter, President of the Minnesota Council of Health Plans says, “Minnesota regulators and health insurance leaders miscalculated when setting Minnesota’s 2014 and 2015 premiums. …  And this is the hardest part: Doubling premiums between 2014 and 2017 simply put them where they should be. About average. Not the highest in the region, not the lowest.”

For City Pages, Susan Du says, “Erin’s Law is named after Erin Merryn, a 30-year-old Illinois woman who was sexually abused between the ages of 6 and 13 by a neighbor, followed by a cousin. Always heeding her abusers’ threats to keep silent, she didn’t speak out until the cousin started going after her younger sister. In 2010 Illinois became the first state to pass Erin’s Law. Since then, Merryn has traveled the country, testifying on Erin’s Law before other state legislatures. It has been passed, or at least introduced, in all but seven states.” But not in Minnesota.

Passing the torch. Rebecca Ritzel of the Strib says, “The Ivey Awards, a scaled-down, uniquely Twin Cities version of Broadway’s Tony Awards, is in need of a new impresario. Scott Mayer, the man-about-town who founded the theater awards show 12 years ago and has produced it ever since, said Wednesday he is stepping down. ‘It’s practically become a full-time job,’ Mayer said. A former community relations manager at Target, Mayer runs his own events consulting business and wants to devote more time to a mentorship program called the ‘One Man Project.’ He felt it was time to pass on the Iveys torch. Iveys board member Amy Newton will helm a committee to determine the Iveys’ future.”

Now here is a First World crisis. Caitlin Dewey of The Washington Post says, “If you were planning to serve whipped cream with your holiday desserts this year, you might want to acquaint yourself with the homemade kind. Thanks to a nationwide shortage of nitrous oxide, a critical ingredient in aerosol whipped creams, some major manufacturers have announced that they won’t be able to keep up with holiday demand. … Neither Kraft, which makes Cool Whip, nor Saputo, which sells whipped cream under the Land O’Lakes label, responded to questions about whether they too would see shortages.”

Somehow I don’t think this means cheaper flights to Cancun. Kristen Leigh Painter of the Strib reports, “Delta Air Lines is proceeding on a joint venture with Mexico’s largest airline, Aeromexico, accepting the federal government’s antitrust conditions placed on the alliance. … The Delta-Aeromexico deal is the largest alliance between a Mexican and U.S. carrier. Through this partnership, Delta gains a strong presence not only in Mexico City, but also Monterrey and Guadalajara, while Aeromexico benefits from Delta’s robust presence in Atlanta, Detroit, Los Angeles, Minneapolis-St. Paul, New York, Salt Lake City and Seattle.”