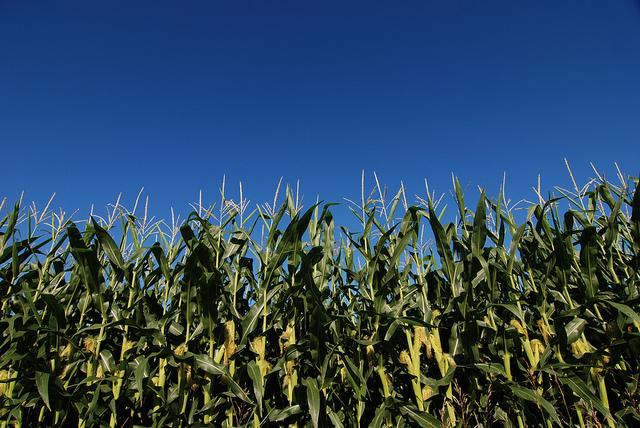 Dang meddlin’ federal gubmint. Steve Karnowski with the AP reports, “Minnesota has secured $350 million in federal funds for a voluntary program to pay farmers to protect and improve water quality in southern and western Minnesota, Gov. Mark Dayton announced Tuesday, but the state will have to come up with about $95 million more to get the full amount from the U.S. Department of Agriculture. The Minnesota Conservation Reserve Enhancement Program targets 60,000 acres across 54 counties that are facing significant water quality challenges.”

Breakthrough for babies.  Says KARE-TV’s Lindsay Seavert, “Children’s Minnesota and Allina Health announced Tuesday the launch of open fetal surgery for babies with spina bifida. The breakthrough surgery repairs birth defects inside the womb, and will be among fewer than a dozen centers in the world performing the procedure.”

It’s a little Beijing-like out there. The Red Wing Republican Eagle has a story saying, “The Minnesota Pollution Control Agency on Monday issued an air quality advisory for the Twin Cities metro, effective until midnight Wednesday. Fine particle pollution is expected to be at levels that may be harmful to children, the elderly and people with pre-existing cardiovascular or respiratory disease, according to an MPCA news release. Anyone planning to participate in activities that require prolonged physical exertion — both indoors and outdoors — should consider rescheduling these activities … .”

Bye bye Ricky? At Yahoo Sports, Adrian Wojnarowski says, “The Minnesota Timberwolves are actively shopping point guard Ricky Rubio in trade proposals, league sources told The Vertical. The Timberwolves have attached Rubio to multiple offers with Shabazz Muhammad to several teams around the NBA, league sources said. Minnesota has been seeking something of a “bridge” guard in return, a player capable of starting in the short term, but who’ll ultimately settle into a backup role and give way to rookie Kris Dunn to become the long-term starter, league sources said. The Sacramento Kings have had a strong interest in acquiring Rubio, but there’s no traction on a deal between those two teams, league sources said.”

The Hennepin Theatre Trust has a new CEO. A press release from the organization says, “Ann Simonds, incoming board chair, will serve as interim president and CEO of Hennepin Theatre Trust. Tom Hoch, founding president and CEO, is stepping down after more than two decades of leadership at the Trust. He announced his departure in October 2016. At that time, he planned to stay through mid-2017 and has since decided to step down earlier to explore other opportunities. His last day will be February 3, 2017.”

Well, this too will be weird. Paul Huttner at MPR says, “January thaws may not occur every year in Minnesota. But most years we see a spike in temperatures with several days above the thawing point in mid to late January. This year’s January thaw looks like a doozy.  We could see 9 consecutive days above the thawing point, and several days with highs topping the 40-degree mark. Overnight minimum temperatures may hold just above freezing in the Twin Cities this weekend. Bye, bye snow cover. If this January thaw reaches 9 days, it will be the longest since 1992 when the Twin Cities saw 12 straight thaw days in 1992.”

Well, somebody has to be. WCCO-TV’s Esme Murphy tells us, “For the first time in recent memory, Minnesota will not be represented in the Inaugural Parade with a high school band or other group. But Minnesota GOP officials say at least 59 Minnesotans are traveling to the inauguration. For at least 59 individuals who are going, the excitement and the anticipation is building. David Pergande, a flight attendant from the eastern metro, was wearing his ‘Make America Great Again’ hat. He says he just has to go to the Inauguration. ‘I am very excited. I think it is going to be a blast,’ Pergrande said.” Maybe he’ll meet Fabio.

Meanwhile, Kate Raddatz, also at WCCO-TV says, “Hundreds of thousands of people will be heading to Washington D.C. this week, but not all of them are going for President-elect Donald Trump’s inauguration. Some are headed there to voice their concerns Saturday in the Women’s March on Washington. The event was first publicized on Facebook and now shows more than 200,000 people are expected to attend.” Those are rigged numbers! Sad!

This guy has had a good run. Says Evan Ramstad for the Strib, “Richard Davis, who started his banking career as a teller and ultimately led U.S. Bancorp through the worst economic crisis since the Depression, will step down as its chief executive in April. Davis, 58, spent a decade in charge of the Minneapolis-based banking company, becoming one of the most powerful and candid figures in the battered industry — and one of the most visible civic leaders in Minnesota. … He will be succeeded by Andy Cecere, 56, a 32-year U.S. Bank veteran who became its chief operating officer two years ago at the start of a carefully orchestrated leadership transition.”