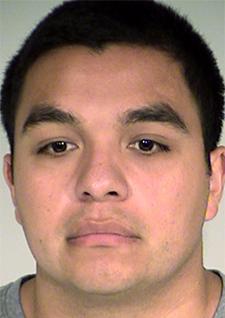 Trial will go forward. MPR’s Jon Collins and Riham Feshir report: “A Ramsey County judge on Wednesday ordered the case against St. Anthony police officer Jeronimo Yanez in the shooting death of Philando Castile will go to trial. … Yanez, 28, faces a second-degree manslaughter charge and two felony charges for recklessly discharging his weapon on July 6, 2017, when he fatally shot Castile, 32, during a traffic stop in Falcon Heights. … Ramsey County District Judge William Leary III scheduled a Feb. 27 hearing for Yanez to make a plea in the case.”

Declaring he’s not declaring … yet. The Southwest Journal’s Dylan Thomas reports: “ Tom Hoch, the former CEO of Hennepin Theatre Trust who stepped down from that role in December, said Tuesday he is ‘exploring’ a run for mayor of Minneapolis. … A Tom Hoch for Minneapolis campaign committee was registered with Hennepin County last week. Contacted by phone on Tuesday, Hoch insisted his plans were still tentative. … ‘As I conclude that exploration, my intention is I will then announce,’ he said.”

If every restaurant that employs immigrants observed this, you wouldn’t have a lot of places to eat. The Pioneer Press’ Nancy Ngo writes: “Some Twin Cities restaurants plan to close Thursday as part of the nationwide ‘Day Without Immigrants’ strike protesting President Donald Trump’s immigration policy. … The owners of El Burrito Mercado in St. Paul say they plan to join the grassroots campaign aimed at showing the economic influence of immigrants. The campaign encourages immigrants to stay home, close their businesses and refrain from dining out and making purchases on Feb. 16.”

Don’t punish success! Aptly enough, The Growler reports: “Bring in a growler to Third Street Brewhouse’s taproom for a refill, and you’ll come away empty-bottled. In August 2016, the Cold Spring, Minnesota–based brewery ceased filling growlers after it crossed the annual production limit of 20,000 barrels imposed by state law. … They joined a growing list of breweries that cannot sell growlers at their locations, including Summit Brewing, August Schell Brewing, Surly Brewing, and most recently Fulton Brewing, who crossed the production threshold in September 2016. … On February 13, however, State Representative Drew Christensen, R-Savage, introduced a bill to increase the amount of barrels a brewery can produce while still being able to sell growlers from 20,000 to 250,000 barrels. This would effectively enable all of Minnesota’s breweries to acquire a license to sell growlers and other vessels at their locations, including even the largest brewer in the state, August Schell Brewing, which produced roughly 138,000 barrels of beer in 2015.”

National ink for the Walker: “Merce Cunningham and the Drama of Sheer Motion” [New York Times]