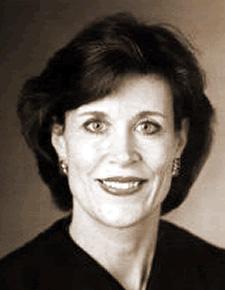 Right that Vikings ship. The Star Tribune’s Rochelle Olson has the announcement that former Minnesota Supreme Court Chief Justice Kathleen Blatz will temporarily lead the Minnesota Sports Facilities Authority: “Blatz said she has a short list of candidates for executive director but doesn’t expect someone to be selected at Friday’s regularly scheduled monthly board meeting. Under the current structure, Dayton appoints the chair; the board then hires the executive director. Blatz will be key to shaping the governance and financial structure of the stadium operation and pivoting toward the 2017 Vikings season as well as Super Bowl 52 next February.”

Dayton schools Trump. The Pioneer Press’ Rachel E. Stassen-Berger reports on Gov. Mark Dayton’s blasting the Trump administration edict regarding protections for transgender students: “’This is not a quote state’s right issue, this is a human rights issue. And it should be a constitutionally protected right,’ the Democratic-Farmer-Labor governor said. ‘As a person of faith, I am mystified that others who profess to be people of faith demonize school children simply wanting to go to the bathroom …’ ”

Emmer faces his contituents. Also in the Pioneer Press, David Montgomery covered Rep. Tom Emmer’s town hall meeting last night in Sartell: “On the issues, Emmer largely stuck to mainstream Republican principles — often drawing the audience’s ire. Asked to endorse a $15-per-hour minimum wage, Emmer said he doesn’t ‘support minimum anything’ but wants to try to raise wages by cutting regulations. And he stuck by his call to repeal the Affordable Care Act, calling it a ‘disaster’ that was in a ‘death spiral.’ “

Another hat in the ring? In the Rochester Post-Bulletin, Heather J. Carlson talks to longtime Rep. Tina Liebling about a potential gubernatorial run: “The DFL lawmaker said in an interview with the Post Bulletin today that she is ‘seriously considering running for governor‘ and expects to decide before the legislative session ends in May. ‘Things are moving quickly. There really isn’t a lot of time before the next election,’ Liebling said.”

Get your shots or go home: “Rochester to oust 200 students if they don’t meet vaccination requirements” [Star Tribune]

Buyer’s remorse? “Will Trump Democrats in Wisconsin swing back to their party?” [MPR]