Back in the old days we’d just raise “fees” to cover the difference. Says Stribber Glenn Howatt, “Minnesota stands to lose $80 million in public health funding over the next five years under the new congressional GOP health care bill, a fact obscured in the larger debate that the measure has sparked over private insurance coverage and government health care programs for the poor. The American Health Care Act … would cut $1 billion annually from the nation’s public health system, money that is the core source of funding for childhood immunization programs, lead poisoning prevention and infectious disease monitoring.”

Is a minute before midnight on the 31st soon enough? In the PiPress, David Montgomery says, “Minnesota lawmakers are facing a fast-approaching deadline to try to stabilize the state’s 2018 individual health insurance market. Any such package, which will likely cost hundreds of millions of dollars but could lower premiums by more than 20 percent, has to be passed by April 1 — and lawmakers are still trying to figure out the best approach.” This is too easy. One insurance for healthy people, and another for the really sick people. Why hasn’t someone thought of that? 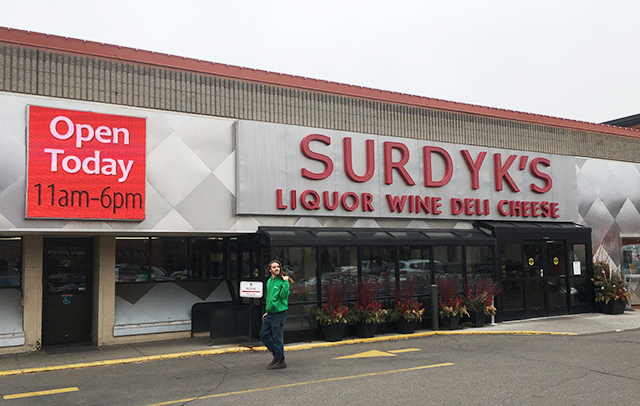 For the PiPress, Kristi Belcamino reports, “Minnesota liquor stores will be allowed to launch Sunday sales in early July, but at least one liquor purveyor is going for it right away. Surdyk’s Liquor & Cheese Shop in Minneapolis threw open its doors Sunday. Owner Jim Surdyk doesn’t see any reason to wait. … ‘The governor signed the bill, so as far as I’m concerned, it’s free game,’ Surdyk said. When asked if city officials had contacted him about opening early, Surdyk said, ‘One person came in and barked a little at me, but he ran out of here faster than he came in.’”

WCCO-TV adds, “During the afternoon, a representative from the city of Minneapolis entered the store, saying that Surdyk’s could face a $3,500 fine. The shop, however, remained open. The City  of Minneapolis is deciding if they will face more sanctions for refusing to close after notification.”

But if dragging out something that should be simple is your idea of productive gubmint, there’s always Real ID.  MPR says, “The issue of driver’s licenses for unauthorized immigrants remains a flashpoint in the debate over must-pass Real ID legislation. … At back-to-back press conferences at the airport on Sunday, Rep. Paul Thissen, DFL-Minneapolis, said Republicans added language about unauthorized immigrants to a bill that doesn’t need it. ‘They are putting language into the bill that adds new words to statute,’ said Thissen. ‘That’s about as simple a test as there is about whether you’re bringing that issue into the debate or not.’”

As the snow was rolling into the Twin Cities last night, WCCO-TV was saying, “Meteorologist Mike Augustyniak says communities along and below the Minnesota River Valley could see as much as 10 inches of snow. Winds will also be a factor, with gusts blowing snow and making travel hazardous. … the Twin Cities could see 3 to 6 inches of snow by the start of the Monday morning commute, Augustyniak says.”

It’ll be plowed off in time to get to Milwaukee on Thursday. Reports Landof10.com: “The Gophers earned a No. 5 seed in the South Region and will face dangerous No. 12 Middle Tennessee in the first round Thursday in Milwaukee, Wis. Coach Richard Pitino and the Gophers are 24-9 going in the NCAA Tournament and made it to the semifinals of the Big Ten tourney. But Middle Tennessee (30-4) is a major threat to Minnesota. MTSU, the Conference USA champion, shocked Michigan State last year in a No. 15 vs. No. 2 game.”

In bigger sports news: This year’s edition of the Minnesota State High School All Hockey Hair Team was revealed over the weekend (though — trust us on this — it’s the Grand Rapids student manager who steals the show).

You mean the Frosted Gummi Bears Carmel Mountain Dew Macchiato is going “organic”? Says Kristen Leigh Painter in the Strib, “Caribou Coffee is cleaning up its act by offering beverages free of artificial colors, flavors and sweeteners. The Brooklyn Center-based company has established a clean label standard for all beverages served at its U.S. locations, making it the first national coffeehouse to answer consumers distrustful of unrecognizable ingredients with such a wide-ranging guarantee.”