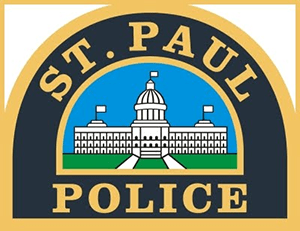 No surprise here. MPR’s Tim Nelson reports, “The family of a man shot dead by St. Paul police last month filed a federal civil rights lawsuit Wednesday against the city and two police officers involved. Cordale Handy, 29, was killed by officers who were responding to an early morning domestic violence call in the Dayton’s Bluff neighborhood on March 15. … A man who witnessed part of the incident from his apartment window said he heard a woman pleading with someone on the street and telling them, ‘The gun isn’t loaded. Put the gun down. Please don’t shoot.’ The woman was also telling someone to put the gun down and his hands up, the witness said. Handy’s death was the third fatal shooting by St. Paul police in a year, and officers have been cleared of any criminal wrongdoing in the other recent cases.”

If it weren’t for stuff like this, the administration would be tired of winning by now. Stribber Andy Mannix writes, “The American Civil Liberties Union is demanding that customs agents turn over documents showing whether anyone has been detained or turned away from Minneapolis-St. Paul International Airport due to President Trump’s executive order banning refugees and travelers from a list of predominantly Muslim countries. … .” Responding would suggest they had a semblance of a coherent legal position.

Oh, and thank you for your service. The AP reports, “Retired veterans living in Minnesota are eligible for a new tax break on this year’s filings, top state officials said Wednesday. After years of stalled efforts, Minnesota’s Legislature approved a measure last year that exempted military pension payments from the state income tax. But top state officials have worried that a change that could give retired veterans a big financial boost has flown under the radar ahead of next week’s tax filing deadline.”

Says Nick Ferraro in the PiPress, “A Burnsville High School music teacher had sex with a 16-year-old boy and sent nude photos of himself to a 15-year-old boy, according to criminal charges filed Wednesday. Erik Michael Akervik, 29, of Burnsville, was charged Wednesday in Dakota County District Court with two felonies — third-degree criminal sexual conduct and electronic solicitation of a child. … the student received nude photos from Akervik.” Some people don’t seem to be aware we live in a post-privacy era.

And then there’s this guy. Faiza Mahamud of the Strib reports, “Abdullah Rashid, 22, a Georgia native who moved to Cedar-Riverside last year, has been making the rounds in the Somali-dominated neighborhood, telling people not to drink, use drugs or interact with the opposite sex. If he sees Muslim women he believes are dressed inappropriately, he approaches them and suggests they should wear a jilbab, a long, flowing garment. … But local Muslim leaders are sounding the alarm. They are working to stop Rashid’s group, General Presidency of the Religious Affairs and Welfare of the Ummah.”

What’s a day without getting upset about something? The Daily Mail’s story, by Keith Griffith, says, “A white University of Minnesota student is speaking out about a ‘white privilege checklist’ posted in his dorm. The student, Evan Christenson, says he is a social progressive but was appalled after spotting the checklist in recent weeks, which he feels discourages dialogue by singling out people of one race. … The items on the list come from a longer list of 46 privileges developed in the 1980s by Peggy McIntosh, author of White Privilege: Unpacking The Invisible Knapsack.”

City Pages’ Mike Mullen writes about “The Seven Plagues of the [Minnesota] Republican Budget.” A sample: “3. Mixture of wild animals: Most of the ‘savings’ Senate Republicans found on health care come from bumping debt payments from May to June. (New fiscal year, new you, Minnesota!) But the bill does include a 7 percent reduction to the Minnesota Department of Health, the agency that handles restaurant inspections in St. Paul. Evidently, Senate Republicans want their lunch breaks to have an element of mystery. ‘Senator Benson, what kind of tacos did you get?’ Answer: ‘I don’t know! But I just spit out what appears to be a dog collar.’” Heavens! Such impertinence!

This global warming thing has officially gotten out of hand. Kay Fate of the Rochester Post-Bulletin says, “An alligator in Cascade Lake? A local woman and some children certainly believe so, and called Rochester police Tuesday night to report the sighting. The call came in about 8:15 p.m., sending two officers to the area in northwest Rochester, said Lt. Mike Sadauskis. They searched for about 45 minutes for the animal, but couldn’t find anything. … If the witnesses aren’t mistaken, the reptile is likely a former pet that either escaped or was set loose, Sadauskis said.”