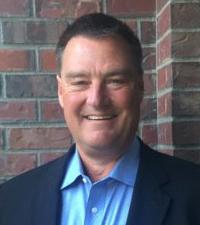 Shocker (not). Dee DePass of the Strib says: “Another shoe dropped this week in the $15 million Starkey Laboratories embezzlement case, as the U.S. attorney filed a tax evasion charge against another former executive. The government late Wednesday charged Jeffrey Lee Longtain with one count of filing a false tax return, making him the sixth person charged in the case.”

But this was a little weird. Also from DePass: “The legal proceedings surrounding Starkey Hearing Technologies took another bizarre twist with a fired and indicted former company president alleging that owner Bill Austin committed sophisticated tax fraud and told employees of interactions with angels and a dead deer. … At one meeting, Austin allegedly told workers that after he shot a deer dead, the animal asked him, ‘Why did you shoot me?’ and asked him not to do it again. The filings also said Austin told employees that he was visited by angels who ‘told him what to do with his business dealings.’” That crowd could have made Trump’s cabinet.

Not exactly a dodge. The AP says, “Minnesota landowners have some new options for complying with the state’s buffer strips law. The 2015 law requires buffer strips of perennial vegetation between farm fields and waterways to filter out nitrogen, phosphorous and sediment. But it allows landowners to use alternative practices that have equivalent water quality benefits. The Board of Water and Soil Resources on Thursday released a six-pack of options to help landowners and soil and water conservation districts do that.”

Sort of related. It’s the feds fault! Says Reuters, “An invasive weed likely entered Minnesota through seed planted on land in a U.S. conservation program, state agriculture officials said on Thursday, bringing to a close an official probe of a growing threat to agricultural production. Infestations of the weed, Palmer amaranth, have affected other states in the U.S. Midwest through seed planted on land in the federal Conservation Reserve Program, weed scientists have said. The program pays farmers to remove land from crop production to improve water quality, prevent soil erosion and protect endangered species.”

To the ramparts! The AP says, “Protesters gathered at the Minnesota Capitol to oppose an amendment that would allow Enbridge Energy to bypass the Public Utilities Commission and proceed with building a replacement for its aging Line 3 oil pipeline. Republican Rep. Pat Garofalo, of Farmington, plans to amend a jobs and energy bill being heard in the House Thursday. His amendment would remove regulatory hurdles and allow Enbridge to complete the $7.5 billion without further PUC approvals. Opponents say the amendment would make it difficult for tribal groups and environmentalists to fight the pipeline.”

American exceptionalism in action. Says Kirsti Marohn at MPR, “A Willmar man is accused of attacking a cab driver in St. Cloud because he is Somali. Zachary Todd Degraw, 23, is charged in Benton County District Court with two misdemeanor counts of fifth-degree assault and one gross misdemeanor count of assault motivated by bias. According to court documents, the incident happened around 2 a.m. on March 25. The cab driver, who is of Somali descent, told Benton County sheriff’s deputies that he was transporting Degraw and a female passenger from downtown St. Cloud to Rollie’s Rednecks and Longnecks, a bar east of St. Cloud. The cab driver told deputies that suddenly, Degraw put his arm around the driver’s neck and began to choke him.”

I think I’d be well past angry. Says Dave Orrick for the PiPress, “A Wisconsin man accused of texting while driving in a horrific crash that killed a 22-year-old pregnant mother last year in Washington County faces one misdemeanor charge. And no felony charges. And that’s wrong, according to the woman’s father, a professional safety consultant who for years has abstained from using his cellphone while driving. … Megan Goeltz was stopped at an intersection in West Lakeland Township in Washington County on Feb. 29, 2016, when a Saab came flying out of a roadside ditch, colliding with her Ford Fusion while airborne, according to police reports.”

200 acres of Oakdale is going to be redeveloped. In the PiPress Bob Shaw writes, “Oakdale is planning the biggest single development in its history — a 206-acre parcel owned by 3M Co. The site, east of Interstate 694 at 36th Street, will be the home of a large-scale residential project. The project sits north of an Oakdale landmark — the former Imation campus, now owned by Slumberland Corp. Ground will be broken on the project as soon as this fall.”