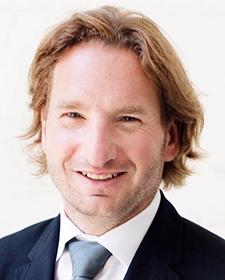 Meet Erik Paulsen’s latest challenger. The Star Tribune’s J. Patrick Coolican reports: “Dean Phillips, an heir to a Minnesota liquor fortune who later helped launch a successful gelato brand, said Monday he’s preparing to run for Congress as a DFLer next year against U.S. Rep. Erik Paulsen. … Phillips of Deephaven said he’d officially launch a campaign in the coming days. ‘I’m concerned about the direction in which our country is headed,’ he said in an interview. … Paulsen is a fifth-term Republican from Eden Prairie and a member of the powerful House Ways and Means Committee. He declined through a spokesman to comment on Phillips’ candidacy.”

On the heels of the Star Tribune’s report about Minneapolis’ sloppy attempt to cover up the location of its Super Bowl command post, Tony Webster gives more information on the building. He writes: “But no doubt, there is a security risk here: MPD’s presence in the building at all. … The 511 Building is a carrier hotel and internet exchange point, the Midwest’s most critical internet infrastructure north of Chicago. It’s home to the Midwest Internet Cooperative Exchange (MICE), which connects about 75 internet service providers and internet companies. The building’s datacenter is also home to servers for large Minnesota companies, financial institutions, and provides faster, local connectivity for services like Netflix, Amazon, and Google.”

Good they caught him before he could branch out into other species. The Duluth News Tribune’s John Myers reports: “A 40-year-old Aurora man has been charged with stealing more than $3,400 worth of birch trees off state and county land near the Iron Range. … A criminal complaint has been filed in St. Louis County District Court against David Allen Lawrence for timber theft from state land. … It’s believed to be the first criminal charge in Minnesota connected to the recent rash of illegal cutting of small Northland birch trees sold into the decorative knickknack market first reported by the News Tribune in March.”

Imitation is the sincerest form of flattery. Tech Crunch’s Sarah Perez reports: “Target announced this morning it’s now testing a next-day home delivery service called Target Restock. The service, which is currently being trialed with Target employees ahead of a customer-facing pilot this summer, is designed to offer an easy way to shop online for household essentials which will arrive the day after you place your order. … The move is clearly meant to compete with similar offerings from rival retailers, like Amazon’s Prime Now and its Prime Pantry service, as well as Walmart’s efforts in same-day grocery delivery and pickup.”

Probably not what you think it is: “Minneapolis Mayor Betsy Hodges’ campaign manager resigned over ‘racial slur’” [City Pages]

Worth it just for the photos: “Punk rocker of bonsai world at work in northern Minnesota” [MPR]