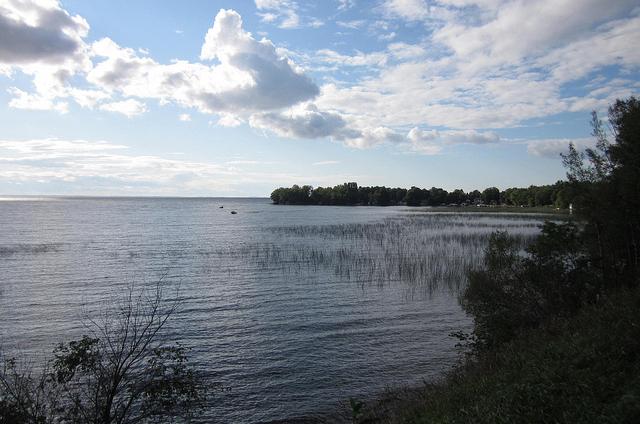 Walleye audit. The Star Tribune’s John Reinan and Jennifer Brooks report: “Two days after his fishing trip was interrupted by a protest flotilla on Lake Mille Lacs, Gov. Mark Dayton said the state will conduct a new walleye survey of the lake and possibly ease the fishing restrictions that prompted the demonstration. … The state Department of Natural Resources will sample the walleye population this fall, Dayton said Monday. If the fish are thriving, as critics of the restrictions say they seem to be, the state would revisit its regulations and catch limits on the popular lake.”

For what it’s worth. The Star Tribune’s Paul Walsh reports: “The National Rifle Association, criticized for its silence after a Twin Cities police officer was acquitted for killing permit-to-carry gun owner Philando Castile, has now responded to the verdict 3½ weeks later and said the death was a ‘tragedy that could have been avoided.’ … Dana Loesch, a spokeswoman for the influential gun-rights lobbying group, appeared Sunday on CNN and was pressed by the host during the segment about her organization failing to follow through on a pledge to address Castile’s death in July 2016.”

Protests too much? MPR’s Tim Pugmire reports: “Minnesota lawmakers and other government officials are raising concerns about the growing intensity of protests at the state Capitol, including two recent events that led to arrests. … Members of an advisory panel on Capitol security met Monday to review current permitting policies for large rallies and protests. They also discussed whether any changes are needed. … Sen. Warren Limmer, R-Maple Grove, said he thinks protests during this year’s legislative session were louder and more emotional than he’s seen in the past. Limmer said he worries about a novice protester who might get swept up in that emotion.”

Bring. On. The. Poutine. The Pioneer Press’ Nick Woltman report: “Canadian convenience store giant Alimentation Couche-Tard has agreed to purchase Bloomington-based Holiday Stationstores, according to a news release issued Monday. … Terms of the deal were not disclosed, but Couche-Tard expects the sale to close during the fourth quarter of 2018. … ‘We are pleased to entrust Couche-Tard with carrying forward the Holiday brand and our highly successful programs,’ Holiday CEO Ronald Erickson said in the news release. ‘Our 90-year history and our promising future are being placed into excellent hands.’”