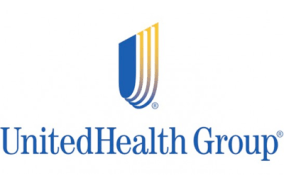 More details on the suit against United Healthcare. Kaiser Health News’ Fred Schulte reports: “United Healthcare Services Inc., which runs the nation’s largest private Medicare Advantage insurance plan, concealed hundreds of complaints of enrollment fraud and other misconduct from federal officials as part of a scheme to collect bonus payments it didn’t deserve, a newly unsealed whistleblower lawsuit alleges. … The suit, filed by United Healthcare sales agents in Wisconsin, accuses the giant insurer of keeping a ‘dual set of books’ to hide serious complaints about its services and of being ‘intentionally ineffective’ at investigating misconduct by its sales staff. A federal judge unsealed the lawsuit, first filed in October 2016, on Tuesday.”

Water fascinating topic. The Pioneer Press’ Bob Shaw writes: “If the grass is always greener in Woodbury, here’s one reason — it has the cheapest water in the metro area. … Drop by drop, the average water bill for a Woodbury home is a mere $8.32 per month. In St. Paul, it’s more than four times as much: $34.70. And in Maplewood, it’s $33.81.”

What a load of carp. The Forum’s Barry Amundson reports: “Thousands of carp died last month in Waseca County’s Lake Elysian because of a virus likely introduced by the release or escape of a pet goldfish or ornamental koi. … The University of Minnesota and Minnesota Department of Natural Resources determined koi herpesvirus was the main cause of the late June fish kill in southern Minnesota.”

Not looking good for broadband in Kandiyohi. The West Central Tribune’s Carolyn Lange writes: “project to bring broadband internet to north-central Kandiyohi County is in trouble. … County Administrator Larry Kleindl received notice late Thursday afternoon from Consolidated Telecommunications Co. CEO Kevin Larson that the Brainerd company intends to pull out of the project. … In a signed letter sent via email, Larson said the ‘lack of sufficient future broadband subscribers financially committed to the project’ led the company’s board of directors to decide not to accept a $4.9 million state grant that was a key piece of the $10 million project, which would also have included $5 million in county-backed tax abatement bonds.”

Dog days of summer: Corgi races. [Secrets of the City]