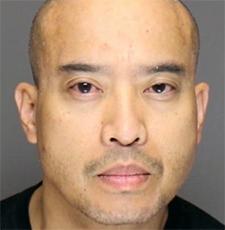 They got him. The Star Tribune’s Chao Xiong reports: “Lucifer Nguyen was captured late Monday night after a manhunt that lasted more than three days, the Dakota County Sheriff’s Office confirmed. … The Sheriff’s Office said he was arrested in Blaine about 11:30 p.m. He is being held in the Dakota County jail. … Nguyen, 44, was charged Monday afternoon with murder as part of a violent crime spree in the Mendota Heights area over the weekend as authorities tracked him across the east metro.”

Ugh. The Associated Press reports: “An Islamic cemetery that was initially denied a permit in Dakota County has now been vandalized. … The Minnesota chapter of the Council on American-Islamic Relations says vandals recently entered the Al Maghfirah cemetery in Castle Rock Township and spray painted profanities and swastikas. CAIR-MN says the vandals also damaged walls, furniture and other property. One spray-painted message apparently says: ‘Leave, you R dead.’ ”

New credit union in north Minneapolis. For the TC Daily Planet, Camille Erickson reports: “In the wake of the killing of Jamar Clark on Nov. 15, 2015 and the ensuing Fourth Precinct occupation, followed less than a year later by the killing of Philando Castile on July 6, 2016, [Me’Lea] Connelly recalled a drive for a concerted effort with movement organizers to diversify tactics of resistance against police brutality. … A meeting was called, and after hours of conversation with a cross section of community, the group voted to create Minnesota’s only Black-led financial institution in North Minneapolis.”

“Might be dangerous.” The Star Tribune’s Paul Walsh reports: “The Minnesota Landscape Arboretum was closed late Tuesday morning and is preventing people from entering after a visitor reported seeing someone she felt ‘might be dangerous.’ … While the arboretum is keeping anyone from coming in, employees and anyone else on the grounds can leave, said arboretum spokeswoman Susie Hopper. … Hopper said the hope is that the grounds will reopen by early afternoon. In the meantime, Carver County sheriff’s deputies are searching the 1,200 acres for the man who aroused the suspicions of a runner on a trail about 8:30 a.m., Hopper added.”

It’s a big deal: “Hardcore WE Fest fans already lining up along Highway 59 for the annual country music festival” [Inforum]