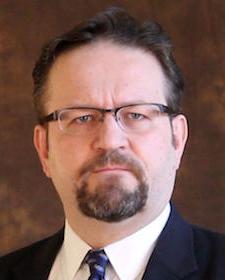 For The Huffington Post, Marina Fang reports: “Sebastian Gorka, a White House national security adviser, defended President Donald Trump’s silence on an explosion at a Minnesota mosque by suggesting it could have been a fake hate crime ‘propagated by the left.’ When asked on MSNBC Tuesday why Trump had yet to publicly comment on the Saturday incident, Gorka said the president wants to wait until he learns more about it. Trump, though, often is quick to comment on other attacks, particularly those carried out by Muslims.  ‘When we have some kind of finalized investigation, absolutely,’ Gorka said of whether Trump would respond to the bombing at the Dar al-Farooq Islamic Center in Bloomington. He then suggested the attack could have been a ‘fake’ hate crime.”

At MPR Laura Yuen says, “It took the FBI fewer than 24 hours to acknowledge last year’s stabbing attack at a St. Cloud shopping mall as a possible act of terrorism. Dahir Adan, a 20-year-old Somali-American man, stabbed 10 people at the Crossroads Center mall last September before he was shot dead by an off-duty cop. … But following Saturday’s bombing of Bloomington’s Dar Al-Farooq Islamic Center, law enforcement and local media outlets have yet to use the word ‘terrorism’ in describing the incident.”

Also, in the Strib, Pat Pheifer writes: “People of all faiths, all ages and all races came together Tuesday evening at the Dar Al Farooq Islamic Center in Bloomington to show their support and denounce the destruction wrought from an explosive hurled into an imam’s office Saturday morning. The crowd of at least 1,000 people gathered on the back lawn of the mosque and listened to more than 20 speakers — imams, priests, rabbis and lay people. … U.S. Sen. Al Franken spoke, as did U.S. Rep. Tim Walz and other elected officials. Walz called the crowd ‘the best of what humanity has to offer’ and said the bombing was ‘a cowardly act of terrorism.’”

Harteau speaks. MPR’s Brandt Williams talks to the former Minneapolis Police Chief: “Janeé Harteau says she did all she could to rush back to the city last month from a hiking trip after hearing one of her officers, responding to a 911 call, had shot and killed the caller. But by the time she returned, the damage was done. The killing of Justine Ruszczyk by officer Mohamed Noor sent the city reeling and morphed into an international incident. Nearly a week later, Harteau was out, with Mayor Betsy Hodges demanding her resignation. That blindsided the chief, who says now she initially didn’t realize the depth of anger ignited by the shooting — or the political fallout to come. “I wasn’t in a place where I could see what was happening,” Harteau, 53, told MPR News in her first media interview since her ouster.”

To give you some idea of the effect diabetes has on health care, Stribber Jeremy Olson writes: “One in 16 privately insured Minnesotans suffer a ‘loss of good health’ due to diabetes, according to a new analysis by Blue Cross and Blue Shield of Minnesota, which adds up to thousands of people who will never reach their full life expectancies or will suffer chronic disabilities. The analysis, released Tuesday, is based on a new national Blue Cross ‘health index’ tool that estimates the prevalence and cost of diseases in states and counties based on the private insurance claims of 40 million Americans.”

The horror! Tax money for … streets!? MPR’s Dan Kraker tells us, “‘I’ve got a news flash: Duluth streets are in terrible condition.’ That’s how Duluth Mayor Emily Larson kicked off a press conference Tuesday announcing a plan to hike the city sales tax 0.5 percent for up to 25 years to help repair the city’s 450-mile network of dilapidated streets. For Duluth residents, the state of the city’s long-suffering streets is no news flash. A recent survey showed more than 90 percent of Duluth residents lacked confidence in the city’s streets.” But, a tax increase! Can’t we close some schools or lay-off the fire department instead?

A nearly lifetime gig. Jim Paulsen of the Strib reports, “After 31 years with the Minnesota State High School League, nearly all of them as the league’s executive director, Dave Stead announced Tuesday that he plans to step down from the position Feb. 1. … Stead, 74, began his career with the league in 1986 and was officially named executive director in March 1988. He is the longest-serving executive director in league history and the nation’s second-longest tenured leader of a state high school athletic association.”

Unlocked. Says Mary Divine in the PiPress, “The Stillwater prison, on lockdown since a fight broke out among inmates in the A-West housing unit on Saturday, is returning to normal operation, prison officials said Tuesday afternoon. Minnesota Department of Corrections officials are still investigating the cause of the brawl at the Minnesota Correctional Facility-Stillwater, said spokeswoman Sarah Fitzgerald. … After the brawl broke out at about 9:30 a.m., the prison, which is in Bayport, was locked down and inmates were required to stay in their cells instead of going to work in the prison or participating in other programs, Fitzgerald said.”

As you probably guessed. Paul Walsh of the Strib reports, “The wrong-way SUV driver who killed a motorist near Northfield was extremely drunk at the time of the late-night crash, according to a felony charge filed in the death of an Iowa attorney driving home from the Bruno Mars concert in the Twin Cities. … Law enforcement then took Dellwo to jail, where a preliminary breath test revealed his blood alcohol content to be 0.266 percent, more than three times the legal limit for driving in Minnesota.”