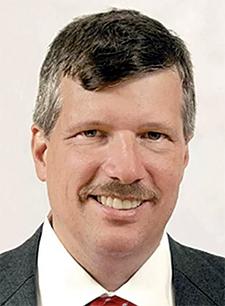 Headed up the river. The Pioneer Press’ Mary Divine reports: “Former Stillwater Mayor Ken Harycki, who pleaded guilty to conspiring to defraud the U.S. government of millions of dollars, was sentenced on Wednesday to one year and one day in federal prison. … Senior U.S. District Judge Ann Montgomery also ordered that Harycki pay more than $2 million in restitution to the Internal Revenue Service. … About a dozen people attended the 45-minute sentencing hearing in U.S. District Court in Minneapolis. Harycki, 54, is expected to serve his time at the U.S. Federal Prison Camp in Duluth. His prison sentence will be followed by three years of supervised release.”

Never bet against pizza and hot dogs. The Star Tribune’s Evan Ramstad reports: “Freshii Inc., a salads and wraps restaurant chain, is closing the 18 locations that it opened in Target Corp. stores over the last two years. … The move ends one of the experiments Minneapolis-based Target started in 2015 as an alternative to the Starbucks, popcorn, hot dogs and Pizza Hut pizza it offers in most of its 1,800 U.S. stores. The closings began earlier this month and will finish next month. … One Twin Cities Target store — the Quarry store on New Brighton Boulevard in Minneapolis — has a Freshii. There were nine in the Chicago area and several in California. In a statement, Target said it is evaluating what to do with the spaces that Freshii is leaving and that there likely won’t be one restaurant concept that fits them all.”

Good for Minnesota, but kind of setting the bar low. The Forum News Service’s Ryan Johnson reports: “A new advocacy group report says women in North Dakota experience one of the country’s worst gender pay gaps, while the disparity in Minnesota is among the lowest in the nation. … The American Association of University Women released its analysis Tuesday, Sept. 26, reporting women in North Dakota had median annual earnings of $38,407 last year compared to $51,789 for men. That amounts to an earnings ratio of 74 percent, ranking North Dakota 45th among the states. … New York had the highest ratio of 89 percent, while Louisiana and Utah tied for the lowest at 70 percent. … Minnesota, meanwhile, had the 12th highest earnings ratio of 83 percent based on its median annual pay of $53,200 for men and $44,132 for women. Minnesota’s ratio was tied by Hawaii and New Hampshire.”

This is horrifying. The Star Tribune’s Paul Walsh reports: “A man set a woman ablaze in a northeast Minneapolis duplex Thursday in what police are saying is a domestic dispute that left both with severe burns. … The fire broke out around 6:45 a.m. in the upper level at the two-story duplex in the 2900 block of Taylor Street NE., and the flames were extinguished within minutes, according to the Fire Department. … The duplex’s owner and landlord, Tom Puzak, identified the woman as 36-year-old Vanessa Danielson. … Police arrived and found the burned woman across the street. Paramedics took her to Hennepin County Medical Center (HCMC) with ‘significant injuries … and said to be in critical condition,’ said Officer Corey Schmidt, a police spokesman.”