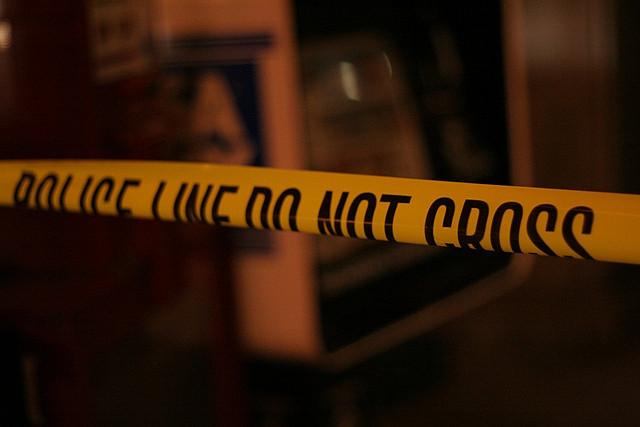 The Star Tribune’s Libor Jany writes: “Seventeen people were struck by gunfire, two fatally, in a five-day spasm of violence that swept the Twin Cities last week. The two killings occurred over the weekend in St. Paul, where police on Monday made a plea for the public’s help in finding those responsible for the separate attacks. … Meanwhile, 14 people were shot in Minneapolis between Tuesday and Saturday, putting the city on pace for its second-highest tally in the past decade, behind only 2016.”

Nothing from the Kochs? The Mercers? George Soros? Says Jessie Van Berkel for the Strib, “People who live outside St. Paul have channeled hundreds of thousands of dollars into the city’s mayoral race. Campaign finance reports show about 70 percent of candidate Dai Thao’s campaign contributions came from outside St. Paul, while competitors Melvin Carter and Pat Harris have seen about half of their cash coming from people who do not live in the city.”

Can The Billy Goat be far behind? In the PiPress, Nancy Ngo says another Chicago-bred restaurant is coming to MN: “DMK Burger Bar, the casual concept from James Beard-nominated chef Michael Kornick with its grass-fed burgers on custom potato flour buns from Chicago’s Highland Baking, hand-cut fries, and house-made sodas and shakes that can also be made boozy, is planning to expand in five states. … Recently the group announced that Minnesota, along with Illinois, Indiana, Ohio and Wisconsin, is earmarked for expansion and franchise applications are being accepted.”

Never good when the phrase ‘explosives stash’ comes up. Says Andrew Hazzard of the Forum News Service, “A landowner’s tip led to the discovery of several pipe bombs at an apparent explosives stash near a northwest Minnesota hunting cabin Sunday. The Red Lake County Sheriff’s Office received a report of potential bomb-making materials found near a cabin in Equality Township, just northeast of Oklee, Minn., at 11 a.m. Sunday after a landowner made an unusual discovery, according to a press release.”

Given the Wolves’ history, don’t they deserve a couple of breaks? Or several dozen. Says Royce Young of ESPN, “The NBA announced Monday there was one incorrect no-call and noted the officiating crew didn’t see Timberwolves coach Tom Thibodeau calling for timeout in the final 5 seconds of the frantic finish against the Thunder that led to Andrew Wiggins’ game-winning buzzer-beater on Sunday. Karl-Anthony Towns’ screen on Paul George that freed Wiggins was ruled to have been illegal, based on Towns’ stance being too wide.”

Heedless crime for topless fan … has been tossed. Says Stribber Paul Walsh, “A criminal complaint has been dismissed against a woman attending a Minnesota United soccer game who was hauled out of TCF Stadium topless by police after exposing herself in front of a 7-year-old boy and others in the stands. The city attorney’s office dropped the gross-misdemeanor count of indecent exposure filed in Hennepin County District Court against Rose M. Picklo, 23, of Grand Forks.”

When is a development not described as ambitious? Matt Barnard of MPR reports, “New York based-developers revealed ambitious redevelopment plans for the historic Dayton’s building in downtown Minneapolis on Monday that are designed to transform the site into a community hub. 601W Cos., along with partners the Telos Group, LLC and United Properties, began sweeping renovations after acquiring the building in March. The new plans for the Nicollet Mall building include modern designs while maintaining the historic core of the site, said Telos President Brian Whiting.”

So you’re saying there’s a chance. Andy Greder of the PiPress says, “With Major League Soccer awarding its 2018 All-Star Game to Atlanta United and its new Mercedes-Benz Stadium on Monday, could Minnesota United be next in 2019? It’s definitely possible. The Loons’ new stadium, Allianz Field, is under construction in St. Paul’s Midway neighborhood, with an opening set for spring 2019, and MLS has yet to name a destination for that season’s summer showcase. The league has shown a history of playing its all-star game in cities that have built new stadiums.”

Wisconsin gets the anthropological treatment. In the Atlantic, Molly Ball hits the road in rural Wisconsin for a brush with Trumpus Americanus. “Our tour of western Wisconsin had begun two days earlier, at an imposing courthouse in the rural county seat of Ellsworth, the self-proclaimed ‘cheese curd capital of Wisconsin.’ A farmer in the group told Third Way’s eager listeners he knew exactly what was wrong with America: his fellow Americans. ‘You’ve got all these parasites making a living off the bureaucracy,’ the farmer declared, “like leeches pulling you down, bleeding you dry.” We had been in the state for just a few hours, and already the researchers’ quest for mutual understanding seemed to be hitting a snag. Others in the group, a bunch of proudly curmudgeonly older white men, identified other culprits. There were plenty of jobs, a local elected official and business owner said. But today’s young people were too lazy or drug-addled to do them.”

We are thrilled to welcome a baby western lowland gorilla! https://t.co/J1vsnE8Wni pic.twitter.com/ONP1Z2Oxxk