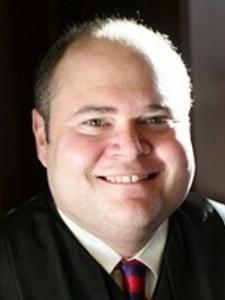 Stras will get his hearing. The AP reports via MPR: “Republican Sen. Chuck Grassley of Iowa said Thursday he’s going ahead with confirmation hearings for two appellate court nominees, David Stras of Minnesota and Kyle Duncan of Louisiana, even though they have not received the support of both of their home-state senators. … In each case, a senator declined to return a so-called blue slip marking their support for the judicial nominee from their state. Grassley said he won’t allow a single senator to block a nominee. Rather, he said a negative blue slip will only be considered a significant factor for the committee to weigh when evaluating a nominee.”

Remember this story? The Mankato Free Press’ Trey Mewes checks in with state Rep. Tony Cornish’s constituents: “As Chris Braun sees it, Tony Cornish is more of a target. … The recent sexual harassment allegations against the Republican lawmaker from Vernon Center may have the Capitol riled up, but Braun doesn’t think there’s enough evidence to make a judgment against Cornish. … ‘A lot of the facts aren’t out there,’ he said. Nowadays, the news is filled with stories about powerful men from all walks of life who abused that power to sexually harass others. That doesn’t sound like Cornish to the people around Vernon Center.”

You guys: not cool. Also from Tim Harlow in the Strib: “Hundreds of heat lamps at light-rail stations and bus shelters across the system are not working, Metro Transit said. … The reason: Vandalism, said spokesman Howie Padilla. … Metro Transit became aware of the problem during the cold snap earlier this month after riders complained.”

Important PSA: “How raccoons turned our gardens into a toilet” [Southwest Journal]

Before he was mayor-elect of St. Paul, @MelvinCarter3 reigned as King Frost during the 1994 Winter Carnival. He’s seen here with Queen of the Snowflakes Cherise West in a photo by former PiPresser Andy King.
h/t @StPaulWinter pic.twitter.com/kXLA7g5RQN

Stras will get Judiciary Committee hearing