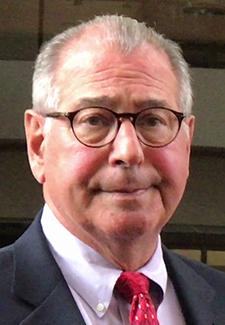 MPR’s Mukhtar Ibrahim and Brandt Williams report, “Hennepin County Attorney Mike Freeman is convening a grand jury as part of the process to decide whether to file charges against Minneapolis police officer Mohamed Noor in the 2017 shooting death of Justine Ruszczyk. Minneapolis attorney Bob Bennett, who’s representing Ruszczyk’s family, confirmed the existence of a grand jury. … Later in the day, Lt. Bob Kroll, president of the Police Officers Federation of Minneapolis, said that grand jury subpoenas are being issued to officers. Officers will ‘fully cooperate’ in the grand jury process, Kroll said in a statement. ‘Unfortunately, the Federation cannot answer the obvious question the media is asking: How can County Attorney Freeman retain charging authority while simultaneously submitting the case to a grand jury? Only Mr. Freeman can answer this.’”

The Strib story, by Brandon Stahl, says, “About 35 to 40 Minneapolis police officers have been subpoenaed to testify, according to Bob Kroll, president of the Minneapolis Police Federation, the union that represents the department’s rank-and-file officers. Among them was Matthew Harrity, Noor’s partner the night Damond was killed, and the only living witness aside from Noor. His attorney, Fred Bruno, said Harrity was served Wednesday. ‘It came as a surprise,’ Bruno said. He declined to say when Harrity will testify. Freeman’s decision comes after a pledge he made in 2016 to no longer use grand juries in officer-involved shootings.”

In the PiPress, Christopher Magan tells us, “The Minnesota Department of Health is investigating complaints against two employees who are responsible for uncovering misconduct at senior and long-term care facilities. A department spokesman confirmed late Tuesday that there were complaints pending against Kris Lohrke, director of the Office of Health Facility Complaints, and her colleague Assistant Director Michelle Ness. Under state law, the specifics of complaints against public employees become public only after the investigation is completed and if an employee is disciplined.”

Kids gotta earn their keep. Says Maura Lerner of the Strib, “The University of Minnesota has announced that it will close its popular campus day-care center after 45 years, setting off howls of protests from parents. On Monday, the dean of education notified families that the U’s Child Development Center, which opened in 1974, will close in the summer of 2019. … [Jean Quam, dean of the College of Education and Human Development], said the change has been under consideration, at least among top administrators, for some time. ‘We started talking about whether or not we were the best entity to be running a day care,’ she said. Her college spends about $500,000 to $600,000 a year subsidizing the day-care center, she said. And she believes those funds could be better spent on projects ‘more in keeping with our mission.’”

Let’s just go back to the days when everyone went to the emergency room for everything. Says Martin Moylan at MPR, “Minnesota hospitals say they’re providing more care that’s not paid for. The industry trade group says that’s largely because more patients face health insurance deductibles they can’t afford. Minnesota Hospital Association CEO Lawrence Massa said uncompensated care totaled $580 million in 2016. ‘Someone that has a $10,000 deductible that’s making $12 a hour, there’s really not going to be much expectation that we’re going to receive a lot of that $10,000,’ he said. ‘So, they (hospitals) are writing off those things.’”

So not ‘the people’s’ party? Rochelle Olson of the Strib writes, “Super Bowl week tradition holds that the owners of the host city team throw a party for the owners of the other 31 teams as well as NFL executives, including Commissioner Roger Goodell. So on Feb. 1, the Vikings owners, the Wilf family, will play host to an invite-only dinner soiree at St. Paul’s Union Depot where Sting and comedian Frank Caliendo will perform. Vikings vice president Lester Bagley said that two-thirds of the owners usually show at the event and that some 300 guests are anticipated. … Rock stars of this stature can command $1 million-plus for private gigs. Oftentimes there can be a discount if the artist has a prior relationship with a corporate sponsor.” Wait, Frank Caliendo?