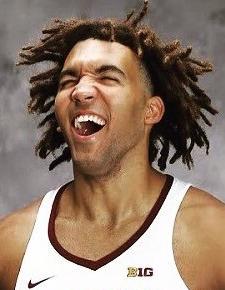 Deadspin’s Lauren Theisen writes about the latest development in the allegations involving University of Minnesota basketball player Reggie Lynch: “Attorney Ryan Pacyga pulled off a stunning performance in a press conference today, barely 24 hours after Minnesota basketball player Reggie Lynch retained him as part of his appeal to avoid expulsion for sexual misconduct. Pacyga’s response to the allegations against Lynch included his concerns about the ‘hysteria’ caused by the Me Too movement, a wish that Lynch’s accusers were publicly named, and a tricky analogy involving Japanese internment camps. … Pacyga said that he would like a statute of limitations for reporting sexual assault, because there was a gap of 18 months between the alleged incidents and the beginning of the investigations.”

Bad, but getting slightly less bad. MPR’s Bill Catlin reports: “An annual report finds Minnesota continues to have some of the largest racial and ethnic health disparities in the nation, but there is progress in closing the gaps. ‘We have a lot of gaps in Minnesota in our health care system in outcomes and in patient satisfaction that vary by race, ethnicity, language and … the country where somebody was born,’ said health economist Julie Sonier, president of Minnesota Community Measurement, which did the analysis. ‘But I think the real take-home is on that we are seeing progress … .’ The state still has a long way to go to address health disparities in general, Sonier said, but she’s encouraged.”

More tales of Minnesotans boozing and driving over the holidays. Says Karen Zamora of the Strib, “There was the woman Fairmont police arrested a drunken driver twice in a week — once on Christmas Eve and again on New Year’s Eve. Both times, she was driving on the wrong side of the road. In St. James, more than two hours after a man was arrested for drunken driving in the Mankato area, his passenger was arrested on the same charge in the same vehicle as he drove to the city’s Police Department to pick up his friend. And a woman with a .36 preliminary breath test was arrested by police in Mille Lacs County for DWI after driving more than 100 mph and sideswiping another vehicle.”

Other than that, though, it’s great. Kirsti Marohn of MPR reports, “Fifty Minnesota lakes and streams are now on the state’s impaired waters list because of too much chloride, mainly from road salt. Excess chloride has widespread implications — everything from affecting aquatic life reproduction to corroding our infrastructure to health problems for humans. … Shingle Creek was the first body of water added to the impaired list for too high a chloride concentration. But even 20 years of efforts to curb salt use around the creek haven’t made much of a dent in the amount of chloride in the watershed, illustrating the long-lasting damage salt can leave behind.”

Attacked. Says the AP, “Charles Dutoit has stepped down as artistic director and principal conductor of the Royal Philharmonic Orchestra following multiple allegations of sexual assault, the orchestra said Wednesday. The renowned conductor’s departure had been scheduled for October 2019, but the London-based orchestra said in a statement that his departure was effective immediately. … Multiple symphonies distanced themselves from the 81-year-old Dutoit after The Associated Press reported Dec. 21 that three opera singers and a classical musician had accused him of sexually assaulting them between 1985 and 2010. … women had said Dutoit sexually attacked them on the sidelines of rehearsals and performances with orchestras in five cities — Chicago, Los Angeles, Minneapolis, Philadelphia and Saratoga Springs, New York.”

Super protest planned. Says Stribber Libor Jany, “Galvanized by what they see as corporate dominance over the upcoming Super Bowl, a coalition of activist groups plans to protest the Feb. 4 game. Jess Sundin, an organizer for Twin Cities Coalition for Justice 4 Jamar Clark, said she expects ‘several hundred’ people for the protest to call attention to stubborn racial and economic disparities around the state and demand an end to police brutality. Her group joined the loose coalition that is calling itself the Super Bowl Anti-Racist Anti-Corporation Coalition.”

Your scam of the day. Via Randy Furst at the Strib: “A California woman has been charged with acting as an intermediary in three separate e-mail scams that stole more than $360,000 from three Minnesotans, the state Commerce Department announced Wednesday.  … In one of the alleged scams, a Minnesota man was closing on a real estate transaction in which he was the buyer. He received wiring instructions by e-mail from a person who appeared to be employed by the title company involved in closing the real estate transaction. He followed the instructions and wired $205,704 to a Bank of America account. At the scheduled closing two days later, he learned that the e-mail he received was fraudulent … .”

Then there’s this guy. Says Sarah Horner in the PiPress, “Angry over a paycheck he’d received from his job at a Domino’s Pizza in New Brighton, an employee returned to the shop after hours and caused thousands of dollars in damage, charges say. Matthew William Lindman, 29, of Coon Rapids was charged Wednesday with first-degree damage to property and third-degree burglary in the 2017 incident …. Lindman’s paycheck was smaller than usual because he’d been incarcerated for a few days during the last pay period, the complaint said.”