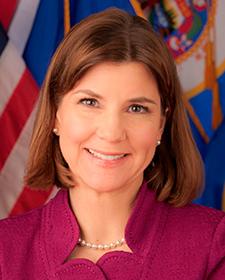 The AG’s office could maintain full employment just by suing the Trump administration. Says a Strib and wire story, “Minnesota intends to join other states in a planned legal challenge to the inclusion of a question about citizenship on the 2020 census. A spokesman for Minnesota Attorney General Lori Swanson said Thursday that the state would be one of more than a dozen involved in the lawsuit involving the once-per-decade census. The lawsuit has not yet been filed, and Swanson’s office released no further details about its plans.”

Can’t make it up, Volume 6,143. Says Jessie Van Berkel in the Strib, “School building security and mental health counseling are the best way to prevent school shootings in Minnesota, Republican legislators said Thursday, as they presented a $50 million school safety package. It did not include one component their DFL counterparts view as essential: gun restrictions. ‘This package will go a long ways to make sure we are doing everything we can to keep our children safe … There is no more important thing that we will do this session,’ said Rep. Jenifer Loon, R-Eden Prairie, chairwoman of the House Education Finance Committee.”

What’s the exchange rate for rubles? Also in the Strib, Judy Keen reports, “Minnesota will receive a $6.5 million federal grant in mid-May to upgrade and modernize its voter registration system. The funding was included in the $1.3 trillion spending bill signed March 23 by President Donald Trump. It incorporated a $385 million proposal by Sen. Amy Klobuchar, D-Minn., and Sen. James Lankford, R-Okla., for improvements in states’ election cybersecurity. Every state will receive at least $3 million with adjustments for population, Klobuchar said at a news conference Thursday in Minneapolis. Minnesota was among 21 states where voter databases were targeted by entities linked to the Russian government in 2016. The state’s system was not hacked, but those in Arizona and Illinois were.”

Oh, what might have been. A Smithsonian story by Lorraine Boissoneault says, “ … one man had a revolutionary idea, a plan so all-encompassing it could tackle each and every one of the social issues at once: An entirely new experimental city, built from scratch with the latest technology, entirely free of pollution and waste, and home to a community of life-long learners. The Minnesota Experimental City and its original creator, Athelstan Spilhaus, are the subjects of a new documentary directed by Chad Freidrichs of Unicorn Stencil Documentary Films. …  At one point, the Minnesota Experimental City had the support of NASA engineers, Civil Rights leaders, media moguls, famed architect Buckminster Fuller and even vice president Hubert Humphrey. Many were drawn to the plan by Spilhaus’ background as well as his rhapsodic conviction for the necessity of such a city.”

Speaking of experiments in democracy: Gideon Resnick at The Daily Beast writes, “Wisconsin’s Republican Gov. Scott Walker on Thursday finally called for two special elections to fill vacancies in the state’s Senate and Assembly, after declining to do so when they opened in December. And then he got extremely mad online. … Republican efforts to halt the elections were stymied Wednesday when the Wisconsin Court of Appeals issued a stern ruling calling for the elections to take place. … The governor then lashed out on Twitter, saying: ‘Eric Holder and the other liberals from Washington, D.C. are using the situation in Wisconsin to raise money for their battles in the fall.’”

Veteran Walker watcher Charlie Pierce at Esquire adds, “For the benefit of customers who may have come to tinhorn politicians late, the Republican majorities in the Wisconsin legislature gerrymandered the state so badly that even this Supreme Court gagged on the result. … Given the pasting Republicans have taken in similar elections around the country, this did not fill Walker and his pet legislature with either optimism or glee. So, he simply refused to call the elections. Last week, however, a judge that Walker appointed told him to get the Koch Brothers’ mitts off his puppet strings and call the elections.”

These might be better numbers than even beautiful clean coal. MPR’s Matt Mikus and Cody Nelson report, “Jobs in the solar industry increased from 1,995 to 4,256 between 2015 and 2017, a new report finds. About half of the jobs were focused on installation. Hennepin County had the most solar jobs by far, totaling 2,767 position in 2017, according to the report by the Solar Foundation. … Nationwide, the organization’s survey shows that solar employment declined 3.8 percent nationwide, from 260,077 jobs in 2016 to 250,271 in 2017. But solar jobs increased in 29 states and the District of Columbia, including Florida, Minnesota, Utah, North Carolina, Pennsylvania and Georgia.”

Authorities in California have a lot of questions about the accident that left at least five members of a former Minnesota family dead after their SUV went over a cliff into the ocean. Say Paul Elias and Phuong Le of the AP, “Investigators have yet to determine the cause of the crash and said there is no reason so far to believe it was intentional. But they also said there were no skid marks or signs the driver braked as the GMC Yukon crossed a flat dirt pull-off area, about 75 feet wide, and went over the edge of the Pacific Coast Highway. The case has thrown a spotlight on at least one previous run-in with the law by the Harts, along with neighbors’ repeated concerns about the way the home-schooled youngsters were being treated. Some family friends, though, say that doesn’t track with their knowledge of the parents, Sarah and Jennifer Hart, as a loving couple who promoted social justice and exposed their ‘remarkable’ children to art, music and nature. … well before the wreck, Sarah Hart pleaded guilty in 2011 to a domestic assault charge in Douglas County, Minnesota … .”