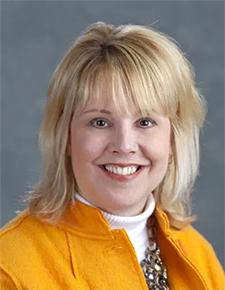 Generous. The Star Tribune’s Shannon Prather reports: “The Minneapolis Foundation raised a record $100 million in charitable gifts last year as Minnesotans increasingly used the foundation’s donor-advised funds to give to good causes. … It’s a jump of 33 percent from the year before and more than double what the foundation was averaging five years ago, said President and CEO R.T. Rybak, sharing preliminary numbers for its fiscal year ending March 31. ‘Not only have our donations increased, but so have the gifts that our donors have made to the community,’ he said.”

We’re sure Facebook is working hard to address the problem. MPR’s Dan Gunderson reports: “The U.S. Army receives hundreds of reports a month from people victimized by scammers using a soldier’s identity, and it’s a growing frustration for Minnesota National Guard soldiers. … Pictures of a smiling Minnesota soldier posing in uniform with his young son convinced a woman from Finland to respond to a Facebook friend request. … But the photos were stolen, lifted from the guardsman’s real Facebook page and pasted onto another. The woman who believed she was meeting an engaging Minnesotan was unknowingly being lured into a scam.”

Nobody knew global trade was so complicated. KSTP’s Kirsten Swanson reports: “Minnesota pork producers are raising concerns over a new tariff imposed by China. … The announcement came Monday that pork exports from the U.S. will be slapped with a 25 percent tariff, in response to tariffs imposed on Chinese steel and aluminum in March. … While China is halfway around the world, hog farmers like Lori Stevermer said this newly-imposed tariff hits home. … ‘China is actually our number two export market in terms of value,’ Stevermer said. ‘If we can’t export as much to China, those products will have to go somewhere else and probably at a lesser price.’”

From the Star of the North to the farthest star: “U Of M Professor Helps Find Farthest Individual Star Ever Seen” [WCCO]