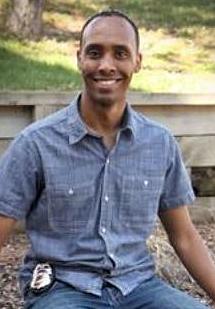 Libor Jany of the Strib reports, “Former Minneapolis police officer Mohamed Noor will plead not guilty in the death of Justine Ruszczyk Damond, arguing that he acted in self-defense when he fired the fatal shot from inside his police SUV. According to a Wednesday court filing signed by his attorneys Thomas Plunkett and Peter Wold, Noor intends to claim that he used ‘reasonable force’ when he shot Damond should the case goes to trial.”

Speaking of the precious Second Amendment, MPR’s Brian Bakst says, “Republican House Speaker Kurt Daudt revealed Wednesday that there have been behind-the-scenes talks for some time about possible compromise legislation on gun control. He didn’t rule out action on gun measures before the session concludes in a few weeks.… Daudt said he has had limited personal involvement in the discussions and was guarded about exactly what is being talked through.” As long as we understand this is really only a mental health issue.

And you think “Westworld” is science fiction. A U of M release says, “In a groundbreaking new study, researchers at the University of Minnesota used a customized, low-cost 3D printer to print electronics on a real hand for the first time. The technology could be used by soldiers on the battlefield to print temporary sensors on their bodies to detect chemical or biological agents or solar cells to charge essential electronics. Researchers also successfully printed biological cells on the skin wound of a mouse. The technique could lead to new medical treatments for wound healing and direct printing of grafts for skin disorders.”

The Gov doesn’t see a path. Cody Nelson at MPR writes, “Gov. Mark Dayton said he doesn’t see ‘any viable way’ for Enbridge Energy to build its replacement Line 3 oil pipeline along its current route, as a judge recommended earlier this week. … The governor said he is not taking a position on the issue until the Public Utilities Commission decides whether to give Enbridge its blessing to construct the Line 3 replacement. But he said the judge’s recommendation doesn’t seem feasible. ‘I don’t see any viable way that that could be attempted or should be attempted going through the two tribal lands,’ Dayton said. ‘And given their adamant position they’re against anything like that, I don’t see how that’s viable.’”

Your honors, the calendar clearly shows 2018, not 1918. Also from MPR, Tim Nelson says, “The Minnesota Supreme Court held a hearing Wednesday on extending a pilot program that has allowed video cameras and audio recordings in criminal courtrooms. Six justices heard arguments for and against the experiment in an hour-long administrative hearing at the State Capitol. A state court committee that studied Minnesota’s pilot program recommended that it be included as a permanent part of the state’s court rules, with some minor changes.”

All it takes is one sick dude. Says Paul Walsh for the Strib, “A person infected with measles visited southeastern Minnesota, Wisconsin and Iowa and exposed the public to the highly contagious disease at various restaurants and other public places during a four-day stretch this month, health officials said Wednesday. The infected individual was from Missouri, a state ‘currently reporting several cases of measles’, said Minnesota Department of Health spokesman Doug Schultz.”

You gotta read this to believe it. Says Tad Vezner in the PiPress, “Burnell Brown can’t seem to escape the hundreds of hollow auto batteries encased in his basement. Or outside, in his retaining walls. All along the lakeshore of his White Bear Lake property. He’d noticed them decades ago. Worked close to them. Never in his wildest nightmares did the 72-year-old retired collectibles dealer believe they would essentially chain him to his home and threaten him with bankruptcy — unable to clean it up, unwilling to sell to a sucker, and unable to move. And that’s not mentioning the 61 radiation treatments and two surgeries for esophageal cancer.”

Wolves out. The Strib’s Jerry Zgoda writes: “A year ago this month, Timberwolves coach Tom Thibodeau exited Toyota Center on the season’s final night muttering something about 13 fruitless seasons and how he was sick of the losing after living through only one. On Wednesday night, he and his team left the very same arena with their first playoff season since 2004 ended by a 122-104 loss to Houston in five first-round games. They finally succumbed in another lopsided third quarter to the top-seeded Rockets’ relentless three-point shooting and sheer will.”