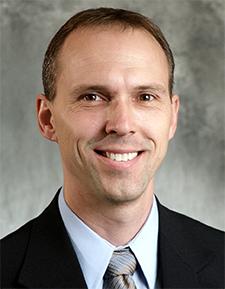 Extremely disturbing allegations. The Star Tribune’s Brandon Stahl and J. Patrick Coolican report: “A Bemidji woman who works as an advocate for a sexual violence center has filed a sex assault report with St. Paul police accusing state Rep. Rod Hamilton of touching her without her consent at his apartment. … The St. Paul Police Department confirmed the report was filed last Friday against Hamilton, a Republican from Mountain Lake in southwestern Minnesota, and that an investigation is ongoing. A spokesman for the Ramsey County Attorney said the office spoke informally to a St. Paul police investigator regarding the allegations, and advised the investigator that more information was necessary before charges could be considered.”

Big refinery explosion across the border. The Duluth News Tribune’s John Meyers reports: “An explosion and fire rocked the Husky Energy oil refinery just after 10 a.m Thursday, sending a black plume of smoke across Superior and sending several people to local hospitals. … ‘There is a report of multiple casualties …. Multiple agencies have responded,’ Superior Fire Chief Steve Panger said in a statement. … No details were available on damage or what caused the explosion. Superior fire, police and Gold Cross units were on the scene, according to Assistant Police Chief Matt Markon. …Douglas County Deputy Medical Examiner Paul Stein told the News Tribune that he heard there are 20 injuries but no fatalities.”

It’s not exactly ‘Animal House.’ The Minnesota Daily’s Kelly Busche writes about the challenges facing low-income students: “University of Minnesota sophomore Samantha Truesdell fills her planner with meticulous notes every day. … She organizes everything, from tracking her bills – rent, tuition, insurance and others – to planning her upcoming paychecks and weekly schedules. … Truesdell needs to ensure she will have enough money to cover her living expenses and school. Her family is unable to help her financially, so she funds herself independently. She works up to 20 hours across three jobs – as a nanny, at the University law school and at the Center for Holocaust and Genocide Studies – and plans to work 25-30 hours each week next semester. … ‘It’s hard, it’s really hard,’ she said. ‘I plan my class schedule around when I can work.’”

Large award against 3M. The Lexington Herald-Leader reports (via the Pioneer Press): “A Kentucky jury has awarded $67.5 million in damages to two coal miners who claimed defective 3M dust masks led to their debilitating black-lung disease. … Of the total, $62.5 million was awarded for punitive damages against the mask maker, Maplewood-based 3M Co., according to the verdict form. The remaining amount compensates brothers Leslie and Michael Cox for past and future pain and suffering. … The judgment is thought to be one of the largest ever in an Eastern Kentucky civil lawsuit.”

Is there nothing the hipsters won’t ruin?? The Star Tribune’s Kristen Leigh Painte reports: “As beer drinkers exchange their American lagers for craft brews, demand for barley has shifted to a version of the crop not often grown in the Midwest. … It’s a change that recently led Cargill Inc. to decide to close a North Dakota factory that processes barley into malt. The Minnetonka-based agribusiness cited falling demand in the beer industry for six-row barley, the kind North Dakota and Minnesota farmers typically grow. … Brewers, especially those of the craft-beer persuasion, increasingly favor two-row barley for their beverages. The names refer to the number of rows of kernels around the head of a barley stalk. … Soil conditions and a more humid climate make it easier to grow six-row barley in North Dakota and Minnesota, and less risky for the growers. Two-row barley is better suited for Western U.S. states, like Idaho, Wyoming and Washington.”