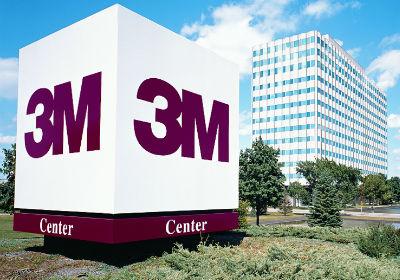 Sounds bad. REUTERS reports: “The 3M Co. has agreed to pay $9.1 million to settle allegations it knowingly sold defective combat ear plugs to the U.S. military without disclosing defects that limited the effectiveness of the hearing protection devices, the U.S. Justice Department said on Thursday. … Acting Assistant Attorney General Chad Readler said the settlement demonstrated that ‘government contractors who seek to profit at the expense of our military will face appropriate consequences.’ … The 3M payment settles allegations that 3M and its predecessor, Aearo Technologies Inc., knew the ear plugs it sold the military were too short for proper insertion into the users’ ears and could loosen and not perform effectively in some people, the Justice Department said.”

More Jason Lewis Show lowlights. CNN’s Nathan Mcdermott, Andrew Kaczynski and Chris Massie report: “Republican Rep. Jason Lewis has repeatedly demeaned recipients of welfare and government assistance, calling them ‘parasites’ and ‘scoundrels,’ and said the black community had ‘traded one plantation for another.’ … Lewis made the comments on a conservative radio show he hosted, ‘The Jason Lewis Show,’ from 2009 to 2012. CNN’s KFile previously reported that Lewis made racist comments about African-Americans and lamented not being able to call women ‘sluts’ on his program.”

Jeeze, talk about getting one’s goose. City Pages’ Susan Du reports: “This summer, two breeding pairs of Canada goose captivated Loring Park. … The migratory birds, who mate for life and parent together, raised their young from tiny balls of yellow down to near flight-ready adolescents. They enchanted nature photographers, bird seed scatterers, preschool tow lines, and residents of surrounding senior and public housing. … The geese trusted humans completely, and people loved following their progress the way they love watching the DNR eagle cam. … Last week Parks and Rec abruptly rounded up both families — five goslings who lived on one of Loring’s dumbell ponds and four on the other. The adults were slaughtered for meat and allegedly donated to food shelves somewhere in Minnesota (Parks and Rec didn’t know which ones). The goslings were processed for animal feed.”

Taking action. The Star Tribune’s Liz Sawyer reports: “The Minnesota Department of Corrections will close the industry building where a Stillwater corrections officer was killed by an inmate last week, one of a number changes the state’s prison system plans to make in the wake of the slaying. … DOC Commissioner Tom Roy laid out the planned change the day after Corrections officer Joseph Gomm was buried with full honors. Gomm, a 45-year-old veteran officer from Blaine, is the first corrections officer in Minnesota to be killed in the line of duty.”

Up in smoke: “After 40 Years, Rudolph’s BBQ In Mpls. Likely Closed For Good” [WCCO]

You can dry those crocodile tears: “After a while: St. Cloud stolen crocodile found” [MPR]

3M settles with government for $9M over defective earplugs for military