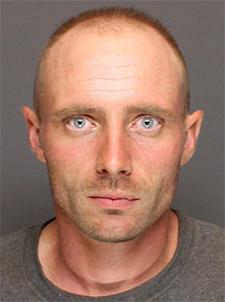 Horrifying. WCCO’s reports: “Police is Rosemount say an arrest has been made after an 800-pound boulder dislodged from a commercial vehicle and struck another vehicle, killing a mother and daughter. … The fatal incident happened around 4:50 p.m. Monday on Rich Valley Road, just south of 125th Street. … Karen Christiansen, 67, and 32-year-old Jen Christiansen, both of Shoreview, were going north on the road when the boulder became dislodged from the commercial vehicle and fell on their Toyota Avalon. … Both of the Christiansens suffered severe trauma. They were pronounced dead at the scene. … Authorities say it took four firefighters to move the rock, which went through the entire vehicle. … On Wednesday, Rosemount police detectives were able to identify Czeck Services as the company that owned the commercial vehicle involved in the incident. The driver of the vehicle was then identified as 33-year-old Joe Czeck of Hastings. ”

Mine gets new lease on life. MPR’s Dan Kraker reports: “State officials have reinstated key mineral leases in northeast Minnesota to Chippewa Capital Partners, the company trying to finish the half-built Essar Steel taconite mine and processing plant on the Iron Range. … Chippewa, headed by Virginia businessman Tom Clarke, is the parent company of Mesabi Metallics, which acquired the assets to the Essar site in bankruptcy proceedings in December. Now the Minnesota Department of Natural Resources has agreed to hand over the state mineral leases at the site near Nashwauk, after Chippewa showed it had secured $850 million to finish construction. ”

How many fireworks could that buy? KSTP’s Frank Rajkowski reports: “The St. Paul City Council has approved a plan to repair the damaged RiverCentre ramp. … The council approved spending $1.25 million to install netting to protect vehicles and people from any potential falling concrete. The ramp was completely closed for more than a month after a portion of the ceiling fell on a car.”

They would say that. The Star Tribune’s Tim Harlow reports: “Signs on both sides of the entrance ramp leading from 31st Street and Stevens Avenue to southbound I-35W tell motorists to ‘Do Not Enter.’ Yet dozens of vehicles an hour are blowing right by them to use the ramp reserved exclusively for buses and emergency vehicles. … The same thing is happening on the ramp from northbound I-35W to 31st and Lake Streets, even though the exit is marked with signs and the words ‘Buses Only’ are painted on the pavement. … The Minnesota Department of Transportation is asking motorists to knock it off.”

We’re sure they feel better already: “Trump seeks to reassure anxious farmers being hurt by his trade war with China” [Washington Post]

Chill out about the scooters: “I, For One, Welcome Our New Scooter Overlords” [streets.mn]