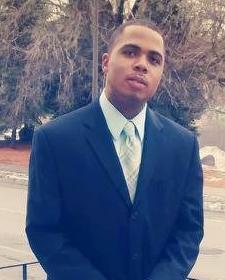 No charges. The Star Tribune’s Andy Mannix reports: “No charges will be filed against two Minneapolis police officers who fatally shot an armed Thurman Blevins during a foot chase last month in a residential neighborhood, Hennepin County Attorney Mike Freeman announced Monday. … Witness testimony, body camera video and forensic testing all proved that Blevins had a nine millimeter semi-automatic handgun in his hand and refused multiple commands to drop the gun during the foot chase that ended in his death on June 23, Freeman said in a statement. … ‘[The officers’] decision to use deadly force against Mr. Blevins under those circumstances was authorized [under the law].’”

Police union president Bob Kroll with a slightly different interpretation of events. MPR’s Tim Nelson reports: “Police body cam video released Sunday shows Minneapolis officers had no choice but to shoot Thurman Blevins, Minneapolis police union president Bob Kroll said Monday, adding that the investigation will also show Blevins shot at police during the chase. … ‘They were forced to fire at the suspect only after he pointed a gun and fired at the officers,’ Kroll told reporters Monday as he chastised those who questioned whether Blevins had a weapon or whether officers had to shoot. He urged prosecutors to pursue criminal charges against witnesses who said Blevins did not have a gun.”

That hot real estate market isn’t limited to the Twin Cities. The Duluth News Tribune’s Brooks Johnson reports: “Hazel had no complaints. It’s a roomy, four-bedroom house with cushy new carpeting. And what’s all this talk of space for toys? … Granted, the 3-year-old didn’t have the same list of questions her parents did. Tyler Franzen and Sarah Hakel are the ones who have to cut the check, after all. … Amid the freshly painted walls and new kitchen at this Rolling Green gem in Proctor, Franzen noted: ‘The only thing I don’t like is the price.’ … That’s the phrase heard ’round the local real estate world this summer as too many buyers compete for too few properties, causing both prices and frustrations to rise. … ‘We’re seeing a lot of multiple offers, a lot of properties that are selling for more than list price,’ said Century 21 real estate agent Steve McConnell. ‘I wrote around $1 million worth of contracts in the last 10 days, and every one of them we lost — and every one of them we offered at or above list price.’”

Speaking of Twin Cities real estate… The Star Tribune’s Jim Buchta reports: “A Twin Cities apartment developer plans to convert one of the last undeveloped warehouses in the North Loop neighborhood into the area’s biggest income-restricted rental building. … Plymouth-based Dominium wants to turn the historic Duffey Paper building and an adjacent parking lot and buildings at the corner of Sixth and Washington in Minneapolis into upward of 200 rentals in one of the most expensive rental markets in the city.”

Another one: “Tobacco Purchase Age in St. Peter Goes to 21 This Week” [Southern Minnesota Today]

Need a cry? “For dying cats and dogs, a last, loving goodbye” [MPR]

No charges to be filed against Minneapolis officers in Blevins shooting