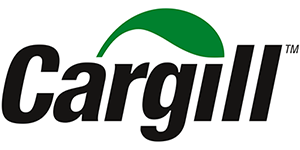 Still winning the trade war. The Star Tribune’s Kristen Leigh Painter reports: “Cargill Inc. saw its net earnings drop 20 percent in its latest quarter on trade uncertainty, stock market volatility, lower hog volumes in China and challenges in the U.S. dairy and poultry industries. … The global agriculture behemoth, based in Minnetonka, also took a hit from near-record low ethanol prices and a reduction in export demand of the energy source, which the company makes at its corn processing plants across the Midwest.”

Checking in with the freshmen. MPR’s Mark Zdechlik reports: “Congress begins its new session Thursday with Democrats newly in control of the U.S. House. Five of Minnesota’s eight-member House delegation will be new faces. … Three of those new members are Democrats and two are Republicans. (MPR News will have more on the Republicans Friday.) … Here’s a look at the new Minnesota Democrats in the House and what they’re saying as they take office. …”

A look at St. Paul’s newest council member. The Pioneer Press’ Isabella Murray reports: “Mitra Jalali Nelson’s first day as Ward 4 St. Paul City Council member was Sept. 5, the first day of school for most students in the city. … “I was experiencing my own first day of school,” Nelson said. “I was sworn in at 9 and was in budget meetings by 10.” … With her first months behind her, Nelson, who won a special election for the seat Aug. 14, looks to work toward her campaign pledge of increasing affordable housing while handling inherited to-do list items from her predecessor, Russ Stark.”

A raise. WCCO’s Pat Kessler reports: “About 219,000 Minnesota workers are getting the pay hike. … The minimum wage for small businesses is now $8.01 an hour. And for large employers it goes up to $9.86 an hour. … Many workers think it is still too low. The full pay hike of 21-cents an hour adds up to about $436.80 a year. And even at the higher level, it’s a yearly paycheck of about $20,800 — barely at the poverty level. … Minnesota now has the highest minimum wage in the Upper Midwest.”