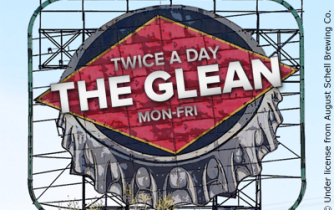 Good to have a little sunlight on this window deal. MPR’s Brian Bakst reports: “Window manufacturer Renewal by Andersen is in line for up to $1.25 million in state assistance toward a proposed factory expansion in Cottage Grove. … The company has already sought necessary clearance from city officials for the planned 350,000-square foot facility that would include manufacturing, warehouse and office space. Renewal by Anderson, an offshoot of the bigger Andersen Corp., would be doubling its physical presence in Cottage Grove.”

Striking camps. The Fargo Forum’s Kaysey Price writes: “Resorts and campgrounds, a heavy portion of the Minnesota’s tourism allure, are vanishing one by one from lakeshores all across the state. … According to data from Explore Minnesota Tourism, the state has lost 317 resorts and 191 private campgrounds over the last 16 years. In Becker County, there are 62 resorts, down six from 2012.”

Nice for those who can afford it. WCCO’s Christiane Cordero reports: “Sartell Family Medicine is part of a growing trend in primary care: reduce healthcare costs and burdensome administrative work by having doctors work directly with patients. It doesn’t accept insurance, and therefore it doesn’t have to go through it. … Direct Primary Care (DPC) practices instead come with a monthly membership fee. Sartell’s is $80 per individual, or $300 per family. The membership covers unlimited doctor checkups, urgent care-type treatments, vaccines and other relatively simple procedures. Patients can also get house calls for an additional $300 per hour.”

Yikes! The Star Tribune reports: “Norm Coleman is already facing a tough battle against cancer, and a dangerous accident this weekend while on his boat gave him another scare. … The former U.S. senator from Minnesota was fishing on Lake Ada in northern Minnesota on Saturday morning when a boat broadsided his. He ended up in the water, as did the two children on the boat. No one was injured.”

They’ve really gone off the rail: “Whatever happened to the Minnesota Zoo monorail cars? A St. Paul guy turned some into cabins.” [Pioneer Press]