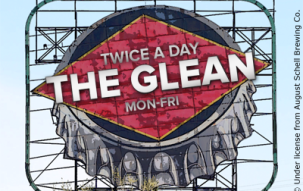 In the Star Tribune, Katy Read reports, “Public beaches in Excelsior and across the Twin Cities are closed due to bacteria, as authorities work to find what sickened boaters who were at Lake Minnetonka’s Big Island over the July 4th weekend. Beaches in Minneapolis and Chaska were shut down after local officials found E. coli in the water in several lakes. So far, no illnesses have been reported by people using those beaches. E. coli was also blamed for the Excelsior closure.”

At MPR, this Brandt Williams, “Ramsey County sheriff’s deputies will start wearing body cameras by the end of this summer, according to Sheriff Bob Fletcher. The Ramsey County board on Tuesday approved $1 million for the cameras and another $300,000 for four new full-time employees in the sheriff’s office.”

Also from the Star Tribune, Tim Harlow writes: “An 83-year-old motorist slammed into a crowded bus stop in north Minneapolis on Tuesday morning, injuring six people, three critically. The impact left bystanders speechless.… Police took the man into custody but released him later Tuesday pending further investigation, said Metro Transit spokesman Howie Padilla. The crash was not the result of a chase, Padilla said, but authorities are still trying to piece together what happened.”

At MPR, Brian Bakst reports, “Stefanie Horvath was promoted Tuesday from colonel to Minnesota National Guard brigadier general in a ceremony in Rosemount. Her wife, Christy, and her mother stood on stage with Horvath while pinning the insignia of her new rank on her shoulders in front of the governor, fellow Guard leaders and other invited guests. Horvath, a decorated officer, is the Guard’s first openly lesbian general. A 30-year veteran of the armed forces, she is married with two daughters and lives in Eagan.”

For CNBC, Scott Cohn says, “The giant Foxconn manufacturing complex planned in Wisconsin is likely to continue falling short of the threshold required to begin receiving billions of dollars in state incentives, even after production begins next year. That is according to Gov. Tony Evers, who says his administration has now gotten ‘clarity’ from the Taiwanese electronics manufacturer on its plans — which are much less ambitious than they were originally portrayed.”

For the PiPress, Sarah Horner reports, “A long-distance trucker from Chicago stopped into a Target store in Vadnais Heights on Sunday and started exposing himself and touching other customers inappropriately, according to criminal charges. A woman had been in the store on the 900 block of County Road E about 30 minutes when she noticed Aaron Cecil Patton Jr. following her, she told police. At one point, as she stopped to take a picture of an item with her phone, Patton came up behind her and said, ‘I’m reaching for this,’ When he lifted his arm, the woman felt Patton’s genitals on her back, according to criminal charges filed against him Tuesday.”

Cause of illness among Lake Minnetonka boaters still unknown